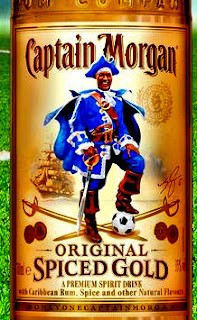 Diageo has given fans what they asked for with a commemorative Captain ‘Wes’ Morgan.   Captain Morgan will launch a total of 11,000 Captain ‘Wes’ Morgan bottles in Leicester featuring the defender and captain of Leicester City, Wes Morgan, following an “unprecedented number” of requests from fans.        Rhys Love, senior brand manager for Captain Morgan, said: “We had an incredible response from Leicester City fans when we unveiled the commemorative Wes Morgan bottle earlier in May to celebrate the club’s historic triumph with Wes Morgan at the helm.  “We’ve been working hard to respond to this demand, and are excited that fans will have the chance to buy one of 11,000 limited edition bottles in the Leicester City Football Club store and selected retailers around the city.”   The Captain ‘Wes’ Morgan bottles are available at select retail stores throughout Leicester, including Tesco, Asda, Morrisons and Waitrose, plus the Leicester City Football Club store. 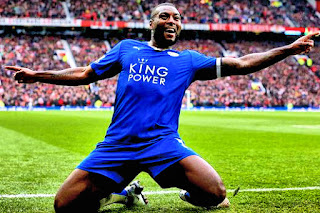 This is an incredible honor for the city to have won the Premier League Championship and the addition of the Captain Wes Morgan commemorative bottle is well deserved.

Read More at http://www.hinckleytimes.net/news/local-news/limited-edition-leicester-city-brand-11394439
Posted by Bahama Bob's Rumstyles at 5:28 AM No comments: