New Round of Complaints about US Rum Subsidies

The rum wars that have been escalating since the large increase in the subsidies began in 2009.     The problem doesn't look like it is going to go away soon either.    The purchase of Lascelles DeMercado (Appleton, Coruba and Wray & Nephew) by Davide Campari-Milano SpA, seems to be part of the fuel for the latest salvo.     There are arguments on both sides of the battle, but there doesn't seem to be any solutions coming from either side.

A report in the Washington Post makes this clear.


KINGSTON, Jamaica — Rum, the sugar-based liquor that has fueled the development of the Caribbean for centuries, has become the focus of an increasingly bitter dispute with the U.S.
Small producers in countries such as Antigua, Guyana and Jamaica complain they are being punched by unfair trade and marketing advantages for global beverage corporations operating in U.S. territories, and say U.S. rum subsidies threaten to drive some beloved top-shelf Caribbean labels out of business, or force them to sell out.0
“The amounts that are being doled out now are staggering,” said Frank Ward, chairman of the West Indies Rum & Spirits Producers’ Association. “We were able to live with the level of U.S. subsidies as they once were. But the massive increases, we believe, have skewed the market.”
It’s a high stakes battle because rum, first developed on Caribbean sugar plantations in the 17th century and deeply engrained in local culture and history, is one of the few competitive industries for the tourism-dependent region’s tiny, vulnerable economies. The tipple, which can range from colorless to coppery, from almost tasteless to richly layered, generates roughly $500 million in foreign exchange for independent Caribbean countries and more than $250 million in tax revenue.
The subsidies come from money raised through an excise tax on liquor sold in the United States. Under an obscure federal law, almost all of the money generated by rum goes to the treasuries of Puerto Rico and the U.S. Virgin Islands. Those tropical territories in turn hand a share of it to the producers as a subsidy to do business there.
Distillers in other countries say they lived fairly comfortably with the U.S. subsidies for decades, even if they thought the rebates gave advantages to rum giant Bacardi Limited in Puerto Rico and Cruzan Rum, a U.S. Virgin Islands brand now owned by Beam Inc., the U.S. maker of spirits such as Jim Beam and Maker’s Mark.
But they are alarmed by recent deals that sharply increased the subsidies for already powerful corporations in the two territories. 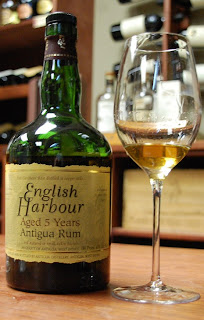 “Our Caribbean distilleries need to export rum in order to survive. But bigger subsidies in the U.S. islands means we don’t get a level playing field for our exports, and it’s going to affect both small and large producers here,” said Anthony Bento, managing director of the 80-year-old Antigua company that makes English Harbour Rum in copper stills and ages it in oak barrels.
Clifton Shillingford of Shillingford Estates Ltd, a small Dominica distiller that makes its Macourcherie rums from local sugar cane juice instead of molasses, said the subsidies for big global brands in the U.S. islands will “destroy” his rum business.
Diageo argues the complaints of smaller producers are overblown. Spokesperson Brooke Lawer says the subsidies the British company receives are similar to incentives from U.S. states or other countries to attract industry and do not create a competitive disadvantage.
Read more at: http://www.washingtonpost.com/business/rum-producers-in-small-caribbean-countries-says-theyre-hurt-by-us-subsidies/2012/09/10/b7056c56-fb56-11e1-98c6-ec0a0a93f8eb_story.html 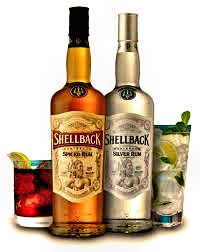 This little war is really going to hurt the entire rum industry if it doesn't get settled very soon.   I know that large corporations here in the US have purchased rum from Barbados for their new brand "Shellback", and I hope events like this can happen in other places around the Caribbean to help soothe some of the financial woes of other Caribbean distilleries.   ;o)
Posted by Bahama Bob's Rumstyles at 8:16 AM 1 comment: