Sobriety Test to Enter a Club? 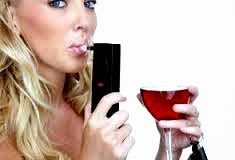 Some of the clubs in London are trying a mandatory breathalyzer test prior to entering many of the clubs.  This has potential, as a bartender, I appreciate not having to deal with customers that are three quarters in the bag when they arrive.   It is aimed at cutting down on the problems of alcohol related violence and aggressive behavior in the clubs.


London Clubbers Must Pass Sobriety Test for Entry in the Future
London clubbers may need to forgo drinking altogether to ensure they gain entry to nightclubs in the capital.
Introduced as part of a Metropolitan police scheme to crack down on aggressive, alcohol-related 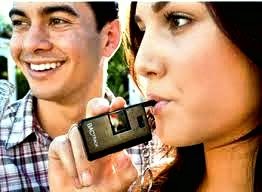 behavior, the breath test will give door staff a clear reading if clubbers are intoxicated before entry.  Currently being trialed in Romford and Croydon, door staff are using the devices to refuse entry to anyone more than twice England’s legal drink-drive limit, which is currently 35 micrograms per 100 milliliters of breath.   Chief Inspector Gary Taylor told the Evening Standard: “In the past door staff would get involved in long arguments with people who were refused entry. People who were arguing with staff were more likely to accept the results of the breathalyzer.”  The breathalyzers were introduced to Croydon this weekend (30 January), and will be rolled out to other parts of London if successful.
Read more at http://www.thespiritsbusiness.com/2015/02/london-clubs-use-breathalysers-to-refuse-entry/

This is being done with the approval of most of the club owners and has the support of the police department as well.   I think that this will be the wave of the future at many of the better clubs even here in the United States in the near future as well.   ;o)
Posted by Bahama Bob's Rumstyles at 7:00 AM No comments: