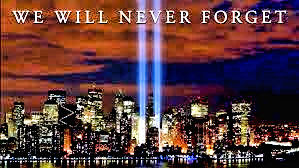 Here is a look at the terrorist attacks of September 11, 2001   Nineteen Men hijacked four fuel-loaded US commercial airplanes bound for west coast destinations. A total of 2,977 people were killed in New York City, Washington, DC and outside of Shanksville, Pennsylvania.  The attack was orchestrated by al Qaeda leader Osama bin Laden.
At the World Trade Center (WTC) site in Lower Manhattan, 2,753 people were killed when hijacked American Airlines Flight 11 and United Airlines Flight 175 were intentionally crashed into the north and south towers, or as a result of the crashes.  Of those who perished during the initial attacks and the subsequent collapses of the towers, 343 were New York City firefighters, 23 were New York City police officers and 37 were officers at the Port Authority. The victims ranged in age from two to 85 years. Approximately 75-80% of the victims were men. 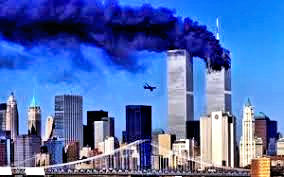 This is only the losses on that day, but when you factor in all the lives lost chasing bin Laden all over the world and the woes in Afghanistan, and Iraq that were so closely related to the events on September 11th, 2001. Since then there have been memorials to all of those that lost their lives as a result of the events of this day.  Like most Americans, I have a vivid recollection of that day and watching the coverage of the events as they played out.  Never forget those who lost their lives as a result, and be vigilant for others that might try them again.

Posted by Bahama Bob's Rumstyles at 6:00 AM No comments: