What in the World are Congeners

There are a lot of things that come out of a still beside alcohol in the production of spirits.  We hear about some of the bad booze that are loaded with things like fusel oils, esters, and water.  These are the result of sloppy distillation.  Without getting to deep into the long chain carbon molecules of organic chemistry, I'll try to explain about these impurities.  When to cut the heads from the hearts from the tails determines the quality of the distillate.   What are these impurities that are getting into some of the cheaper spirits out there.  Your better quality spirits spend time and money to get rid of many of these impurities, but you have to be careful, because some of them also give you the flavors that are enjoyed by the consumers.  All of these impurities are part of a group known as “congeners”. 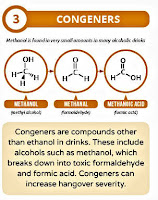 To the alcohol producing industry, congeners are substances, other than the ethanol, produced during fermentation. These substances include small amounts of chemicals such as methanol and other alcohols, known as fusel alcohols, acetone, acetaldehyde, esters, tannins and aldehydes. Congeners are responsible for most of the taste and aroma of distilled alcoholic beverages, and contribute to the taste of non-distilled drinks.  These substances contribute to the symptoms of a hangover as well. 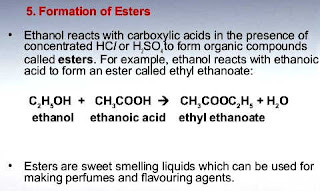 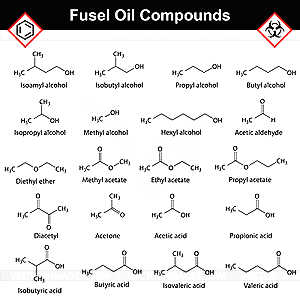 Fusel alcohols or also sometimes called fusel oils are a mixture of several alcohols, chiefly amyl alcohol produced as a by-product of alcoholic fermentation.  The word fusel is German for "bad liquor".   A by-product of carbohydrate fermentation to produce ethyl alcohol.  The material varies widely in composition, depending on the fermentation raw material used.  Described as an oily liquid with a disagreeable odor; 60% boils at 122-138° making it primarily a part of the "heads" that would be discarded.   Amyl alcohol (commercial) obtained by chemical treatment and refining of fusel oil.

There are processes in the production of spirits that address the removal of many of these congeners, esters, and fusel oils, while assuring that some of the more beneficial congeners are left behind.  That relate to the temperature that the cut between the heads, the hearts, and the tails are made. and how many times the final product is passes through the still.  When all of the impurities are removed or at least to a point of 95% pure ethanol, you have a neutral spirit, or Vodka.  To allow some of the flavor to be left in the distillate, how the cuts are made and how many times they are passed through the still is where the skills of the distiller come into play.
Posted by Bahama Bob's Rumstyles at 5:58 AM 1 comment: