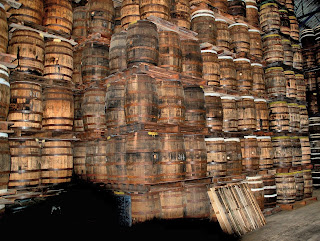 Barrels of rum left in a bodega to age have an evaporation factor that transpires during the resting process.    This loss of alcohol during the aging through the pores of the wooden barrels is known as the"Angel's Share".    This loss is combated in several ways, but little overall can be done to stop it.   The excepted loss on average is approximately 2% per year.    This varies wit h the average temperature and the climate. 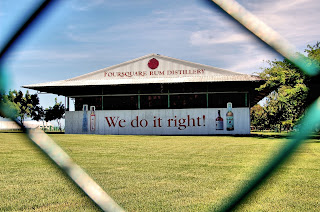 There are several ways to slow the loss to evaporation, one is to add a bit of water to the barrel reducing the rum from approximately 90% ABV down to 80% ABV before placing the rum in the barrels.  This will reduce the loss a bit, but  there is little that can be down to completely end the loss.   Other companies like Cartavio in Peru spray water over the barrels in the bodega to keep the barrels cooler to slow the evaporation.   The odd thing about this is that in the lower latitudes of Caribbean rum matures about 3 time faster than it does in the cooler climates, but this heat causes more evaporation and your net losses are about the same.  The cooler temperature zone have less evaporation, but to attain the same maturity of the rum it has to spend three times longer resting. 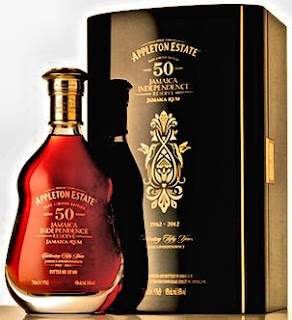 Wray & Nephew just introduced a new 50 year old Appleton Estate Rum to celebrate the 50th year anniversary of Jamaican Independence.   The aging process began with 24 barrels in 1962 and in 2012 only 14 barrels remained making the "Angel's Share" or "Duppy's Share" as it is known as in Jamaica is 42% plus.    The older the Rum the larger the amount of loss there is to the angels.   This is a cost factor in the making of old aged rums, explaining why the price of 20 plus year old rum sky rockets so quickly from the 5 to 12 year rums.

I hope this explains the term and helps you understand the problem of producing premium aged rums and what it costs the rum producers every day.   There are people that are working on systems to collect and recycle the vapors of alcohol in the aging bodegas  as we speak.  If this can be done at a reasonable cost, it would help the bottom line for the rum producers.    ;o)
Posted by Bahama Bob's Rumstyles at 8:29 AM No comments: