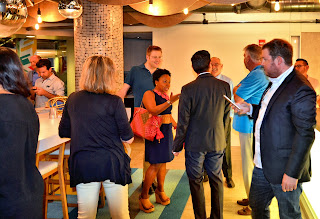 It’s hard to believe we’re celebrating five years of the landmark Rum Awards, Rum Journal’s annual celebration of the best in rum around the Caribbean and the world. A lot has changed in the rum world since then, with awareness of the diversity and quality of rum at an all-time high and showing no signs of decline.   Rum-makers continue to innovate, as new distilleries emerge and existing ones get more creative, the latter nowhere clearer than Martinique, the Caribbean’s most innovative rum production hub.
This year’s Rum Awards, our Fifth Edition, celebrate our favorites in 12 categories, from the Rum and Rhum Agricole of the Year to the Rum Bar of the Year, along with a special new category. After tasting almost 300 rums, here are the 2016 Rum Awards, or, as some like to call them, the Rummys.

Congratulations to all the winners. 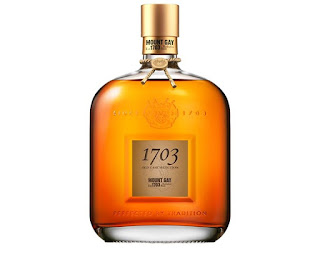 Rum of the Year: Mount Gay 1703
The rum world continues to expand, but this year the Rum of the Year award heads to one of its birthplaces: Barbados. Mount Gay has taken its legendary rum to a new level in the last few years, trying out new formulas, unveiling new limited editions and taking its existing blends to another level. And that’s precisely what happened with its halo 1703 rum, which is drinking better than ever before. This is a simply exquisite rum, with the robustness one expects from Mount Gay but an exacting, almost impossible smoothness and a remarkably delicate finish.
Runners up:  Ron Santiago de Cuba 11 años (Cuba), Ron Zafra Master Series
30 Años(Panama)

Rhum Agricole of the Year: Dillon 1998 Édition Limitée
It isn’t the most famous variety from Martinique, but it’s time you heard about Dillon, made on the outskirts of Fort-de-France and one of the globe’s best rhums agricoles. And the company’s 1998 vintage is a superstar, with notes of wood, dried fruit, apricot and a hint of white wine and an oh-so-luxurious texture. It is elegant, sophisticated and, well, out of this world.
Runners Up: Rhum Damoiseau XO (Guadeloupe); Rhum Depaz VSOP (Martinique)

Best New Rum: Pusser’s Gunpowder Proof
The name Pusser’s is a legendary one in the Caribbean (particularly in the British Virgin Islands), so we were rather enthused to see how good the brand’s newest launch was. The rum is a navy-style rum (and a blend of rums from Trinidad and Guyana) at what the brand says is the original Admiralty strength (back when the British Navy used to give out a daily rum ration), at 54.5 percent ABV. It’s powerful, robust and an authentic tribute to the Navy rums of yesteryear. This is what Pusser’s should taste like.

Best New Rhum Agricole: A1710 Nuée Ardente
It isn’t often a new rum brand launches in the Caribbean – and especially in Martinique. But entrepreneur Yves Assier de Pompignan has done just that with A 1710, based at the Habitation du Simon in Martinique. Right now, A 1710 rums are a blend of rums from across the French Caribbean, including Martinique and Guadeloupe (with three varieties of varying blends), and the result is something special, led by our New Rhum Agricole of the Year, the A 1710 Nuée Ardente, an intoxicatingly complex blend of rums between 9 and 17 years of age. 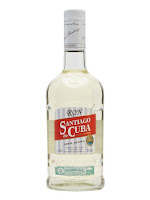 Best White Rhum Agricole: Rhum Bologne Black Cane
There are no greater white rums in the world thn the white rhums agricole of the French Caribbean, floral, complex expressions that are sometimes even better than aged molasses-based rums. Our favorite this year? Guadeloupe’s Rhum Bologne Black Cane, made from difficult-to-grow “black” sugarcane and a simply astonishing white rhum, with notes of tropical fruit, mango, cane and anise and a sweet finish. Most importantly, it’s so good you don’t even need to put sugar in your ti’ punch.

It’s nice to see a Jamaican rum on this list, thanks to the efforts of the island’s Worthy Park Estate Ltd rum plantation. This year’s winner is Rum-Bar Gold rum, a classic gold rum aged for a minimum of four years with a profile marked by fruit, coconut, vanilla, confectioners’ sugar — it’s a terrific mixing rum and sippable, too, on the rocks.

Best Spiced Rum: Siesta Key Distiller’s Reserve Solera Blend
One rum brand has won more of our Rum Awards than any other, and it’s a boutique distillery in Florida called Drum Circle Distilling. Distiller Troy Roberts’ Siesta Key Rum has won this category every year since the original Rum Awards in 2012, and thanks to creativity and continued, overwhelming qualty it’s hard to see that changing. The latest Distiller’s Reserve is another spiced rum using natural ingredients that is, without a doubt, the world’s best spiced rum.

Best Flavored Rum: Siesta Key Toasted Coconut Rum
The flavored rum category has all kinds of varieties, though too often one finds rums long on artificial ingredients and short on quality. That’s not the case with Siesta Key’s Toasted Coconut rum, a superb expression infusing white rum with real shredded coconut. The result is, well, spectacular.

This rum is significant for two reasons: first, it’s the Caribbean’s first-ever certified organic rum, thanks to the work of the always-enterprising Neisson distillery in Martinique’s Le Carbet. Second, at 66 percent ABV, it’s a full-fledged overproof rum with a robust, decidedly vegetal taste that’s unlike any other Overproof you’ll find in the French Caribbean or beyond. 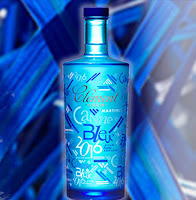 Best Bottle Design: Rhum Clement Canne Bleue 2016
Martinique’s Rhum Clement redefined rum bottle design when it began commissioning high-profile artists to design its now-famous black-hued limited edition, something that led a host of brands to begin doing similar projects. But in this regard, Clement is still king, with another beautiful design for this year’s Blue Cane variety. 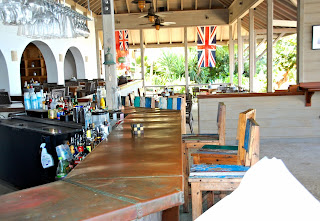 Rum Bar of the Year: Rum Bar at the Cooper Island Beach Club
You’re sailing the British Virgin Islands and the rum is getting low, so you find a mooring ball and swim in to the nearest tiny island you can find. Steps from the sand you find something magical: a bar filled with 100 rums from around the Caribbean. But it isn’t a mirage. This is the Rum Bar at the Cooper Island Beach Club and it remains one of the Caribbean’s best, with a great mix of molasses-based and agricole rums and great cocktail creations, too. It’s a Mecca on the Caribbean rum trail.