Premium Cachaca to Save the Catagory

Cachaca in the United States only popular in a small sector of the market, but there is a movement afloat to try and improve the image that Cachaca has.   Like so many other category of spirits, it takes a premium expression of the spirit for it to have any reputation that that will be able to sustain the product.
A closer and a slow but pervasive trend of premiumisation can be spotted, slowly redefining the category by challenging old prejudices and adding incremental value. Despite a 6.2% value decline in 2013, the cachaça category has grown by US$2.2bn in the last five years, a staggering increase of over 2,500%.   “There’s a lot of opportunity for cachaça in terms of value growth,” adds Malandrakis. “But the only hope for volume growth is that it merely stabilizes at this stage.” 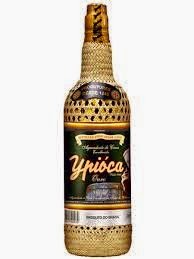 This move towards premiumisation in the category has undoubtedly been aided by the involvement of international spirits groups such as Diageo. Seduced by the allure of such a voluminous sector with prime opportunities for premiumisation – as well as access to one of world’s most coveted emerging markets – the group spent US$450m (£278m) acquiring Ypióca in 2012.
“Diageo saw an opportunity to form an alliance in Brazil,” says Daan Dekroon, export director for Ypióca. “The company chose a brand which has high-quality liquid and is versatile. We do not want to be seen as the poor man’s drink; we want to premiumize the category in terms of taste and packaging. We have a vision to do something different with Ypióca.”
Read More at http://www.thespiritsbusiness.com/2014/10/cachaca-now-more-aspirational-and-sophisticated/
Life is really good on a hot afternoon at the lake or at sea sipping on a nice Caiparinha made with a fine premium cachaca.
Bahama Bob's Caiparinha