History of The Zacapa Bottle Band

This is an interesting history that I came across the other day and I felt you might find it interesting as well.  Enjoy. 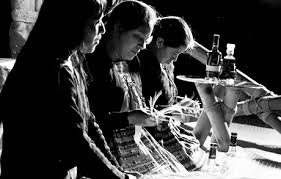 Early Zacapa bottles came in a bottle covered in a petate - a hand woven matting made from palm leaves which dates from the Mayan period. More recently they feature a band around the middle of the bottle.

The packaging of Ron Zacapa Centenario has changed a few times since its introduction in 1976. Lorena explains that only the outside has changed, not the inside. The process they use now is the same they used before.
Though it is a process with a lot of hand labor and it is always possible that (slowly) some minor changes appear, but people have to understand that this is not a mathematical process but a very personal one.
Some people say they have noticed a change in the flavor, but there is nothing changed in the process in the past 15 years that might explain that. 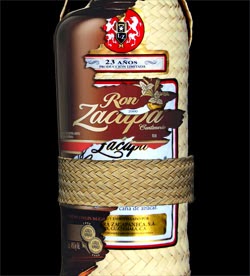 Perhaps it is perception or something psychological. Many people think that since Zacapa is with Diageo the quality has to be different.
At Zacapa they say this is not true. The bottle changed in 2004 and Zacapa wasn’t with Diageo at that moment. The bottle is now transparent instead of the old dark. Perhaps sunlight has its influence on the rum on a molecular level.
Recently Lorena had a tasting in London with old and new bottles of their rums. She could not find any differences.
The outside of the bottles has had a big metamorphose in 2004, especially the looks. The bottle used to be entirely wrapped in royal palm leaf which was hand woven by the women of the Chorti community in Jocotan.
Now there is only a palm leaf band around the waist of the bottle and the label is decorated with illustrations of the flower:   The use of the dried palm leaves (known as petate is a reference to the pre-classical Mayan era in 1400 B.C.
This petate was first made as floor-mats for Mayan kings, who were the only ones entitled to use it. It was believed that sitting on a petate changes your whole view of the world and forces you to look at life with humility and to see things for what they are.   Until 2003 there were only a few artisans who produced about 2000 bands per month. In that year (2003) a productive chain was created that allowed Jocotan to sell its artisan products.   Now 350 artisans work here and produce 20.000 petate bands each month. This economic growth has raised the strength of women in the local community. The sustainability of this project is supported by the producers of Zacapa and has allowed these woman artisans to improve their quality of life. Other industries have followed suit and employed these workers to create other types of creations from petate. 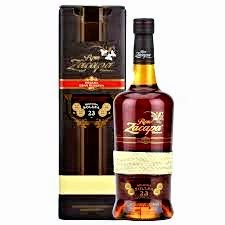 Finally, the bottling is done in the city of Mixco and so is the distribution. By doing all sort of processes in different cities, Zacapa Rum is integrated with the communities throughout the country. This is one of the reasons why there is a Petate around the bottle. It also symbolizes the unity of everything.

Since Zacapa is so closely connected to the land and culture it is appropriate that the woven band is placed on the bottles.   Alas it is not known how many bottles Zacapa produces now per month or year. All they say, is they are a small company who won’t be growing suddenly just because they work with Diageo.
Posted by Bahama Bob's Rumstyles at 7:00 AM 1 comment: