Celebrating 500 Years for the City of Santiago de Cuba

When the carnival begins in Santiago de Cuba, the whole city turns into one big party! 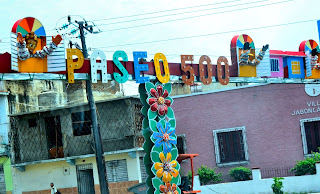 When I was in Santiago de Cuba at the beginning of the month, there was a lot of activity getting the town ready for Carnival.  This year is the 500th anniversary of the town of Santiago de Cuba and one really big celebration is in the planning.   There were many streets that were blocked off and the booths, rides, and decorations were being set up.  I wish that I could have stayed for the event, but maybe another time.   The event is much like our own Fantasy Fest or Marti Gras, but it really has a deep meaning for the people of Santiago de Cuba this year.  500 Year Celebration of the City of Santiago de Cuba. 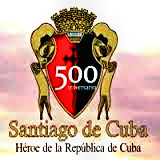 The carnival of Santiago de Cuba is the largest, most famous, and most traditional carnival in all of Cuba, and is an explosion of color, contagious drum rhythms, and dance. It is also a time for Cubans to re-gather themselves and remember their history, community, and culture, and is often punctuated by the Cuban national holiday of July 26th.

The second biggest city after Havana, Santiago is the most exotic city of Cuba with lots of different ethnic groups having settled here over the centuries, including African, Chinese, Indigenous, French Haitian, and Spanish.   The mixture of these cultures is shown in the richness of the music and dance, many forms of which originated in Santiago de Cuba, such as the Conga, Rumba, and Son (which later developed into what people call salsa today).   What most characterize the carnival are the congas, which can be heard in many different areas around the city. Also popular orchestras make their way to Santiago for the festivities. For the city’s inhabitants, as long as there is music to dance to, and plenty of beer, the carnival is a success. 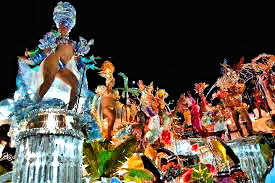 Traditionally Carnival in most Roman Catholic societies is a festival held immediately before Lent, and celebrated in February or March.  Santiago de Cuba.- Expecting to be declared  National Cultural Heritage, this city’s carnival will celebrate the 500 years foundation of that village and will be confirmed as the most popular ones in Cuba.  The traditional festivities will take place from July 20 to 27 and will rescue areas and fairs with the participation of congas, carnival parades and other centenary groups, group carriers of the popular culture. 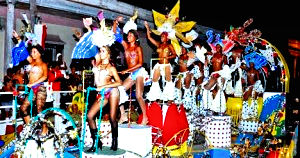 One of the attractions this year will be the return of the rides and the competence of carriages to the La Alameda avenue, a place located by the bay where are concentrated the investments of the Paseo Marítimo, one of the most important works for the city’s 500th anniversary.   As usual, the festivities—with a total of 58 areas, 18 for dancing—will be preceded by the children and the aquatic carnivals presenting the continuity of these artistic expressions among the youngsters and the presence of the sea in the city’s life, respectively.

Municipality authorities informed on the progress in the evaluation of the report presented to the National Council of Cultural Heritage regarding the declaration as part of those valuable spiritual and material treasures of the country.   They said the ceremony will take place at the Carnival Museum, located on Heredia street, thus recognizing a three and a half centuries legacy, renewed in the modern times and made an attraction for Cubans from other countries and visitors from the most diverse parts of the world.
Read more at: http://www.arteporexcelencias.com/en/news/2015-06-23/santiago-de-cuba-set-carnivals-celebrating-their-500-anniversary.html#sthash.fl8SrRj5.dpuf
Posted by Bahama Bob's Rumstyles at 7:00 AM 1 comment: