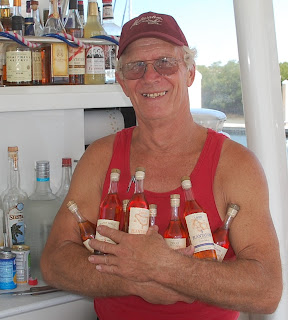 The Rum Lab has given us a new perspective of what can be mixed with rum.   We've found that rum loves to jump in where other spirits have been and make the cocktail more interesting.     One of the favorites at the Rum Bar is our "Bloody Mary", but many have learned to love the same cocktail made with a white rum, called a "Bloody Rummy", as my friend Bruce has named it.    This is the tip of the iceberg, as far the places that rum can go to make a new flavor and liven up a classic cocktail.     The classic "Tom Collins" can be vitalized with the use of a nice gold rum like Siesta Key Gold instead of gin.   The use of a home made sour mix adds even more to the blend and then it is up to you and your improvisation skills to finish the cocktail. 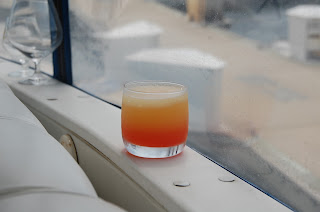 This isn't just the classic cocktail, but some of the more modern cocktails can be updated with some new ingredients.    The Zombie got a new lease on life at the Rum Lab with the introduction of Pomegranate Liqueur and Barrett's Ginger Beer.      The Bermuda Swizzle with the introduction of Smith and Cross Rum.     A daiquiri  by the addition of some creme of Coconut.    The Moscow Mule by substituting rum for vodka.     This list is an endless one if you jut let your imagination wander and try some of your ideas.     Don't for get to write the recipe's down, because if you don't, they will be forgotten in the enjoyment of the new creation. 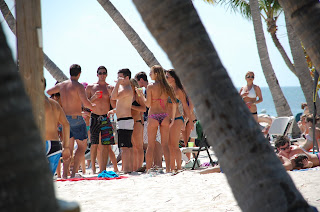 We have been working all summer in the rum lab creation new cocktail for a book that is being done as we speak called "Cocktails and Tales", which will be a recipe book with the stories that make the cocktail as interesting to know about as it is to drink.     Many of the cocktail that I mix every day have a story behind their creation and the stories are really fun to explore.    The book will include many of the classic tiki, Caribbean, and domestic recipes and the tales of their creation and where they have been.    It will also include many of the recipes created in the Rum Lab.     It is our hope to have the book ready for print in time to introduce it for spring break here in Key West.


The point of the discussion and the book is that you don't have to remain in a mold, you can operate outside where there are no rule only your taste bud determine the outcome of the creation.     This is a really fun experience and one that makes for a great party as well.     It give you the ability to be a "Don the Beachcomber" or a "Trader Vic" in your own back yard.  Try it is fun and very gratifying when you discover the next new "hot cocktail".     ;o)