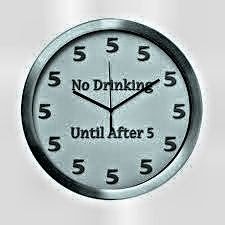 The concept is a take off from an old saying from the fifties's and sixties, "No Drinking Until After 5", accompanied by a clock with 5"s in all positions.   When the song came out in June of 2003 I was living in Mooresville, North Carolina  and deep in the dream of moving to the tropics permanently.

In those days we were flying down to Key West or the Abaco's
in the Bahamas on a regular basis and trying to put a plan together to make a permanent move to somewhere warm.  I had an idea one snowy Saturday when I was sitting at home dreaming and wishing that I was down where there wasn't any snow.  The song "5 O'clock Somewhere" had just played on the radio and I was off to the garage to make the idea come to life.

A few scraps of old shingles that we had left over from reshingling the side of the house, and a clock mechanism that I had laying around and off to work I went.  The song really sent vibes through me that said life in the tropics is where I really needed to be.   I finished the project on Sunday after a trip to the Dollar Store to find a small world globe and got it mounted.  The picture as it happen to be is the Carambola Beach Resort on St. Croix, a place I fell in love with as did the Kennedy's and the Rockefeller's back in the thirty's. 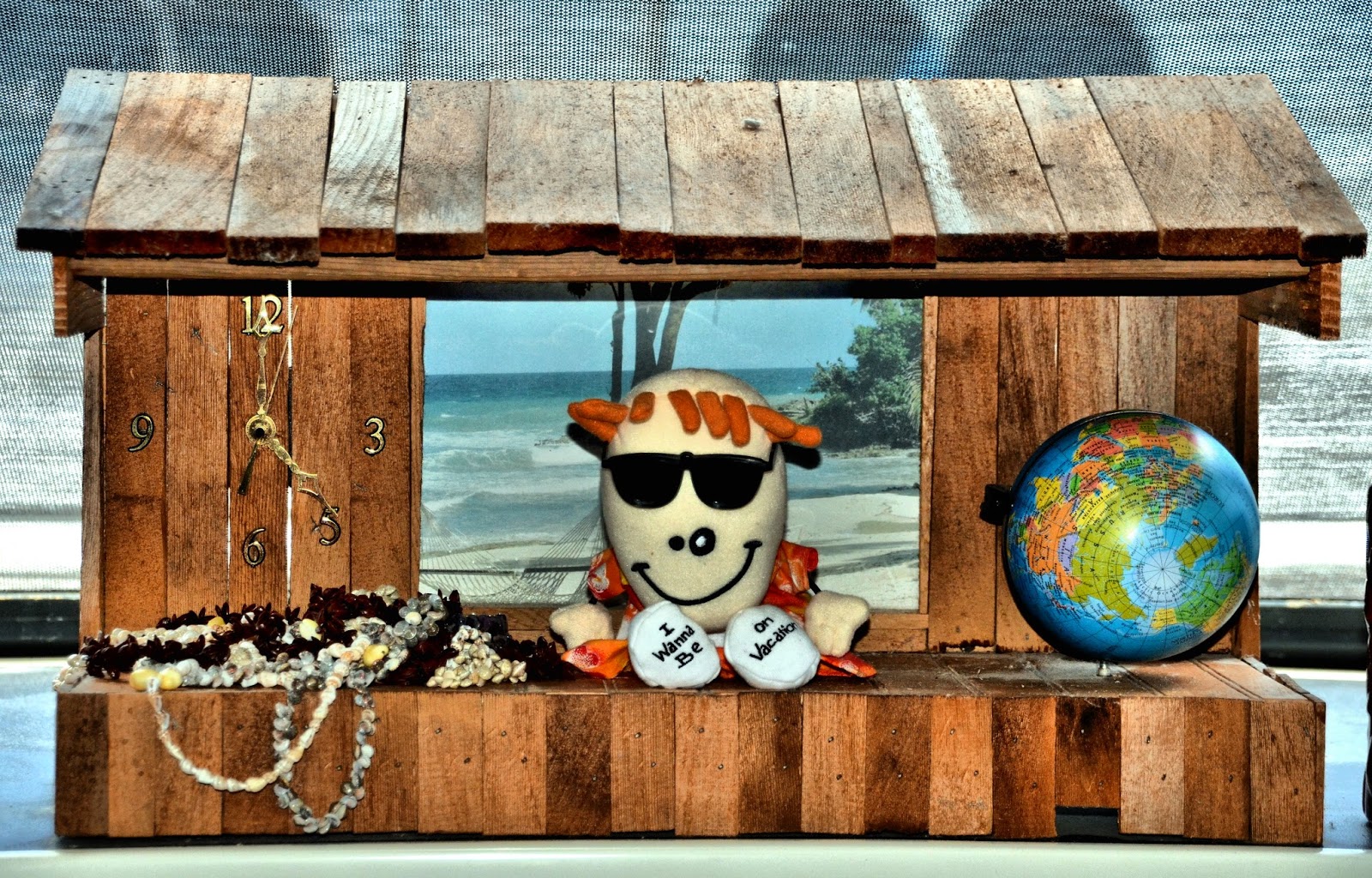 Today this little treasure sits in my boat and reminds me of how lucky I feel about where I reside today.   It is truly 5 O'clock right here most any time I want it to be.  ;o)
Posted by Bahama Bob's Rumstyles at 7:23 AM No comments: