Underage Consumption of Alcohol: When is it OK? 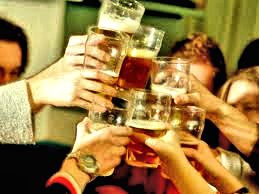 With the starting of college and a lot of high school graduates are leaving home for the first time.     With the temptation of alcohol all around, how should you prepare the 18ish for this.     I do not have children, having said that, I've never faced this question as an adult.   I do have a friend who has just dropped his daughter off at college and I'm sure that the subject has crossed their dinner table once or twice in the recent months.

In an article for CNN, Allison Gilbert has looked into the subject with some interesting perspectives.

Editor's note: On Labor Day and other holidays that call for cheerful gatherings, many parents wonder whether to allow their underage children a celebratory sip of beer or wine. Allison Gilbert asks experts if giving kids a taste of alcohol is asking for trouble or preparing them for the real world.


(CNN) -- Before dropping off his son at Colgate University a few days ago to begin his freshman year, New York advertising photographer Robert Tardio went on one last summer vacation with his family. While his wife and youngest son were out exploring the quaint streets of Montreal, Robert took his eldest, college-bound teen out for a beer. "My son is an incredible, conscientious young man. But at 14, 15, 16 -- alcohol was out of the question. We made it very clear what our expectations were and that he would not be drinking."
The rules shifted for Tardio's son Ames when he turned 18. Now, a beer here or there was no longer out of the question.


"In our minds, he became somewhat of an adult, and we were willing to set new limits. He understood that if he was going to have a drink he had to be responsible and in control at all times. We also had many discussions with him about the consequences of his actions if he wasn't under control."


So the Tardio's did what many parents across the country do: They made up their own rules, inside their own home, when it came to alcohol consumption and their underage children. As a mother of a 10-year-old daughter and a 12-year-old son, I've often wondered if it's OK to give my children a sip of wine at dinner. Would I be sending an irresponsible message, or demystifying alcohol and thereby weakening its allure later on?
Read more at: http://www.cnn.com/2012/09/02/living/labor-day-underage-drinking/index.html 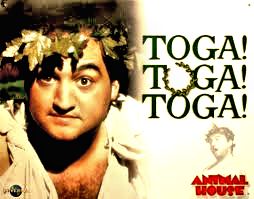 There are a lot of people that I have talked to in different parts of the world on this subject, and I've gotten almost as many different ideas on the subject as I have had conversations.    I do believe that if alcohol is made available to a teenager under strict control in the home, then when the teenager goes away from home the values and the knowledge of the effects and the consequences strike a balance that will keep them safe.    I remember going to college back in the 60's and the fraternity house was a place of comradely and drinking most anytime that you wish to partake.   The real trick was that I knew " when to hold them and when to fold them" if you will.  This was because of the values that were instilled in me by my parents of being responsible for your actions.     It isn't anyone else's job to watch over me when I choose to have a cocktail, I am the only one that is responsible for what I do when I drink.   I feel that is more people would teach the kids that there is a time and a place for alcohol comsumption and to know their limits, that the "escape from the house will lead to a far less bit of crazy drunkenness the minute they get away from the parents. 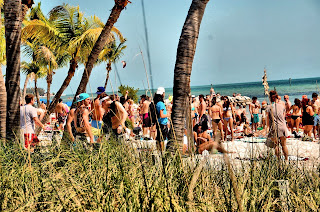 The last point is when the spring break time arrives, this is the first real test for a young person out on their own.   Peer pressure and the want to be a part of the crowd  is real important at that age and some will do what ever it takes to be a part of the group.

I just hope that a lot of parental preparation has been instilled in the new group of freshman college students that are breaking away for the first time this year.   It is a tough age, to young to be allowed to drink, but old enough to be a voter and a soldier that will defend the country.    I remember that age very well, but we weren't allowed to vote back then.   Keep your head on and let the adult in you be your guide, I won't be the one to say yes it is OK to be drinking, but if you get yourself into that situation, be responsible for your decisions and your actions.   ;o)


Posted by Bahama Bob's Rumstyles at 8:08 AM No comments: