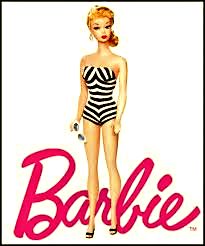 It was today in 1959 the Barbie Doll first went on display at the American Toy Fair in New York City.    What does this have to do with rum you ask?    A few weeks ago a group of ladies came into the bar with their Barbie Doll and  took pictures of her every where they went on their vacation, including at the "Rum Bar", tieing Barbie to rum.

Ruth Handler the co-founder of Mattel, Inc. was the force behind the doll, after realizing that her daughter would rather play with paper dolls of adult women rather than the "baby dolls" of the time.    She felt that a doll that would let little girls look into the future and fantasize how life could be for them.  Named after Ruth Handler's daughter, the doll was originally based upon a German model named Lilli.   Matel, Inc. bought the rights to Lilli in 1955, kicking off one of the biggest and longest lasting doll stories in history. 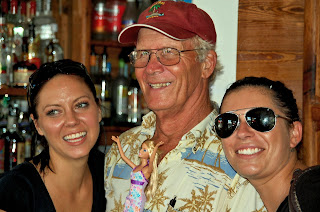 Barbie generated huge sales and also some huge controversy.    Barbie and Matel, Inc sponsored the "Micky Mouse Club" in 1955 make it the first time that TV ads were directed straight at the children.   Barbie had a lot of different jobs as well, everything from an airline stewardess, astronaut, to a presidential candidate.   It was also felt that Barbie was to blame for a lot of the materialistic attitudes of the day because of the "dream houses, designer clothes, jewelery and cars.    The biggest controversy was over her tiny waist and huge bust line, estimated at 36-18-38, providing girls with an unhealthy and unattainable body image to achieve.