It’s hard to believe that this year is the seventh annual edition of the Rum Awards, a celebration of rum that was one of the earliest innovations of Caribbean Journal. And it’s just as remarkable how much rum has changed in these seven years.

Today, an increasingly knowledgeable consumer base is appreciating the unparalleled diversity and romance of rum — but also asking more of rum companies, pushing them to launch more sophisticated, more authentic — and more premium — expressions.

Consumers are also beginning to discover the joy of the world of Rhum Agricole, a small fraction of global production that manages to produce a wide-ranging, artisanal, terroir-focused offering that includes some of the greatest cane spirits you will find anywhere.

It all means that rum is in a very good place, whether one is starting his or her rum journey or taking trips to collect rare bottlings in the far corners of the West Indies.

It also means that every year the judging for the Rum Awards gets more difficult, as the Rum Journal team travels across the Caribbean region, visiting distilleries and sampling rums (and sampling them again). This year, we began the judging with a dossier of more than 200 rums tasted, one that eventually whittled down to a field of 12 rums for the Rum of the Year category.

This year’s final judging was conducted again at the terrific  Casa de Montecristo by Prime Cigar in Miami, where the Rum Journal panel conducted six rounds of spirited tasting and eventually settled on the winners.

This year’s slate of winners is as impressive as ever, hailing from across the Caribbean and the United States and demonstrating, again, the wonder of the world of rum.  But remember, as we like to say at Rum Journal, the best rum in the world is the rum that’s in your glass right now. 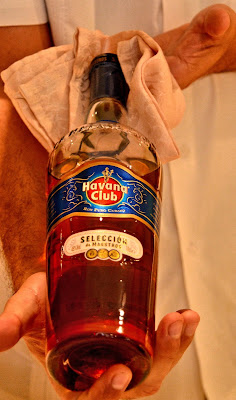 Rum of the Year: Havana Club Seleccion de Maestros, Cuba Each year, choosing the Rum of the
Year gets more difficult. More and more producers are making exceptional aged rums, using new blending and aging techniques, experimenting with special finishes and helping to raise the perception of premium rum in the marketplace. But this year’s winner was a veritable institution of the rum world, from one of the great rum producing countries of the world. Havana Club, Cuba’s flagship rum, produces a broad portfolio of expressions, from traditional white rum to rums specifically blended to be smoked with Cohibas. But this year, its signature ultra-premium rum took home the crown. Havana Club’s Seleccion de Maestros, bottled at a robust 45 degrees, is a blend of reserve-stock rums, brought together by the company’s master rum makers. After multiple rounds of judging, the Havana Club held up against all competitors, thanks to its hallmark: a truly remarkable balance. This is a delicate, luxurious rum that just kept holding up after repeated tasting, one that is consistent from start to finish and that simply begs you to pour another glass. Plainly, it’s an exquisite rum. 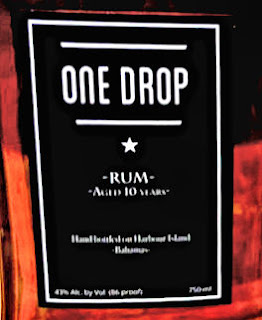 Best New Rum: One Drop, Harbour Island, Bahamas Harbour Island isn’t like other places in the Caribbean — or even in The Bahamas for that matter. It’s a bit like an English-speaking St Barth, chic but carefree, charming but unpretentious. And it’s also an island that loves its rum. That was how the island’s Afrohead rum was born a few years back — and now Toby Tyler, the master blender behind Afrohead, is at it again, this time with a blend of 10-year-old and 12-year-old Jamaican juice. The result is a rum (hand-bottled on Harbour Island) that is delightfully drinkable, with a fruit-forward flavor profile and a funky but velvety finish. It’s not like other Jamaican rums, and that’s cool — it’s kind of a new interpretation of that island’s spirit, and a rum that’s made for, well, people who like rum. And it’s the best new rum of 2018.
Get the rest of the lists of the award winners at https://www.caribjournal.com/2018/12/14/rum-journal-the-rum-awards-2018/

Posted by Bahama Bob's Rumstyles at 6:00 AM 2 comments:

Where Did Rum Really Come From?

There is some disagreement as to the exact origin of rum, but Barbados and Brazil are some of the most repeated ones.  There is a lot of talk about early rums coming from the areas of the South Pacific as well.  Sugarcane has its origins in that area, along with a large sugar production.  Anytime that you have fermentable materials, you will generally find an alcoholic beverage made from it.

Plantation slaves first discovered that molasses, a by-product of the sugar refining process, fermented into alcohol. Later, distillation of these alcoholic by-products concentrated the alcohol and removed impurities, producing the first true rums. Tradition suggests that rum first originated on the island of Barbados.

The first distillation of rum in the Caribbean took place on the sugarcane plantations there in the 17th century. Plantation slaves discovered that molasses, a byproduct of the sugar refining process, could be fermented into alcohol. ... However, in the decade of the 1620s, “rum” production was also recorded in Brazil.   Cachaca is a rum like spirit that is made in Brazil from fresh sugarcane juice, it has many of the same characteristics as rum. 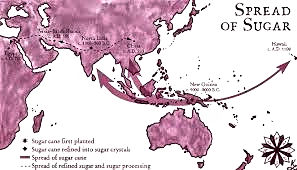 Christopher Columbus was the first to introduce sugarcane to the Caribbean in the 1400’s, but the plantation slaves of the late 1600’s finally started distilling rum.  Columbus brought the sugarcane from the East Indies that he introduced to the Caribbean.  I guess that it really doesn’t matter the exact origin of rum, but it seemed to pop up anywhere there was sugarcane.  Some places it was made from sugarcane juices and other places used the industrial waste of the sugar processors.  The bottom line is we do have it today.

Posted by Bahama Bob's Rumstyles at 4:59 AM No comments: