The Caribbean War over the lucrative excise tax "cover over" revenues has become a "civil war" between St. Croix and Puerto Rico.     It seems that Destileria Serralles, Inc. has filed suit against Diageo for breach of contract relating to an agreement to purchase 1 million gallons of rum that would insure against shortfalls at the new St. Croix plant during the start-up years.     The rum was to be sold exclusively to the US insuring Puerto Rico and in turn Destileria Serralles would receive the excise tax "cover over revenues from the sale.   Serralles would pass on a portion of their "cover over revenues" to Diageo in the form of price concessions for the rum.

Serralles charges that Diageo has only purchased less than 100,000 gallons of the million originally contracted for, and has accused Diageo of planning to sell the rum produced in Puerto Rico to Europe, depriving Puerto Rico of the "cover over revenues". 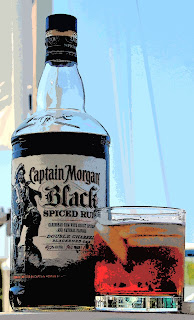 Diageo in a statement issued to the Associated Press stating,

“the company has honored all agreements with Serralles and that it properly exited from the supply contract in Puerto Rico.”
"Any assertions to the contrary are baseless," the company said. "Once all relevant facts are disclosed, it will be clear that this case is without merit and Diageo acted appropriately."
By federal law, nearly all monies generated from the sale of rums produced in Puerto Rico and the U.S. Virgin Islands to the United States goes to the treasuries of thoise territories.   There is a share of the revenue that also goes to the producer of the rum as a business incentive to produce the rum in that territory.  This has been the source of problems between the islands of the rest of the Caribbean and the U. S. territories that has created a riff between the rum producing islands.
Serralles is asking for a jury trial and that Diageo be ordered to purchase the remaining gallons of rum and sell it in the U.S. exclusively.   ;o)

Posted by Bahama Bob's Rumstyles at 8:01 AM No comments: