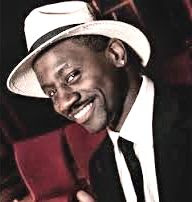 This is first of it's kind course to train Spirits ambassadors.   Rum Ambassador Ian Burrell is to launch a five-day immersive Rum 'Experience University' designed to create a new generation of cross-category ambassadors.

The course will be held later this year in a part of Spain that boasts mainland Europe's only working rum distillery and will combine seminar-based learning with practical demonstrations.

It will teach every aspect on rum production and even teach rudimentary neuro-linguistic programming and hypnotherapy to help budding ambassadors impart knowledge. A diploma will only be issued after students have passed an end-of-course exam - around 30 places are expected to be offered this year.

Ian, who is down to the final shortlist in this year's Best International Brand Ambassador award at Tales of the Cocktail, is hoping that the course, which is backed by the Spanish government and aimed at intermediate to advanced rum aficionados, will create an army of like-minded ambassadors who can spread the word about his favorite spirit. He is also hoping that the course will become an internationally recognised qualification that bartenders can use to help them get a job as a rum expert. 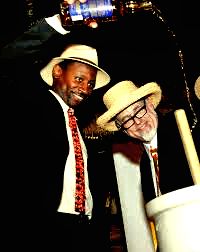 He has been keen to establish a rum centre of excellence in Europe ever since self-funding his own trip to the Caribbean when he was learning about rum in his early 20s. "There hasn't ever been really any official training to become a spirits ambassador, let alone a rum ambassador. I was very lucky that I had a few friends and family to stay with and most of the distilleries were happy to show me around. But for those that don't know anyone, that's prohibitively expensive and today it's not so easy to get into distilleries.

"By running this course in Spain we can empower people in a far more practical and thorough way as possible, without them having to spend thousands flying to the Caribbean."

Ian said he has seen too many brand ambassadors "thrown in the deep end" and expected to promote categories and brands based on a PowerPoint presentation but without ever having visited the distillery or maturation warehouses where their products are made.

The Rum Experience University is expected to include speakers such as drinks historians, food scientist and distillers from at least two rum makers.

Ian said he was delighted the university was close to coming to fruition. "I can't believe it's actually happened," he said. "I'll probably cry after the first course."

If you are in the area of Andalusian, the charming views the Mediterranean Sea, Take the time o come to the Rum Experience University and get a first hand knowledge of what being ambassador really is.


Posted by Bahama Bob's Rumstyles at 9:25 AM No comments: