Last Friday marked the 85th anniversary of the first Pan American Airways flight in 1927.   The mail flight from Key West to Havana, Cuba marked the beginning of the airway's long history.  The first flight was in a leased Fokker F7, and the flight to celebrate the 85th Anniversary of the flight is a BAE 3101 Jetstream 31.  The changes in between are all a matter of history as Pan Am closed its doors on December 4, 1991.

﻿
The 85th birthday party was held on Friday evening at Kelly's Caribbean in the original Pan American Airways ticket office at the corner of Caroline and Whitehead Streets in Key West.   On Saturday morning the crew from Kelly's and Pan Am boarded the Jetstream and took a flight to the Dry Tortuga's and back to celebrate the first flight 85 years ago. 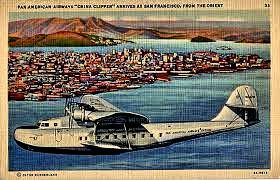 The Airlines long history was covered with firsts by an airline,including the first scheduled airline, and paved the way for the modern airlines of today.   It's history of clippers that spanned the pacific offering cruise ship comforts made Pan Am the choice of many passengers.    The noted battles between Juan Tripp, founder of Pan American Airways and Howard Hughes, founder of Trans World Airlines over routes were legendary, and between the two of them trying to out do each other were responsible for the airline system we enjoy today.

Today it is only Pan Am Brands, and a the  of souvenirs they offer is all that is left of this once magnificent airline, but the history and the glamor of its flights will not soon be forgotten.  ;o) 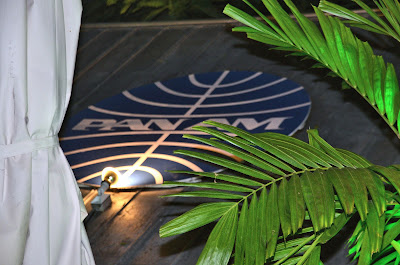