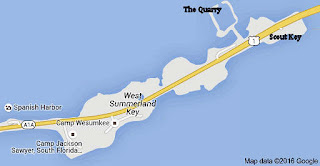 This week we went to the west out of the Bahia Honda Marina and went to explore a place some of the locals call the horseshoe.  When we got there we found a chunk of local history that was really unexpected and beautiful as well.  Known as the horseshoe by the locals, it is about 35 feet deep and today, the old quarry which was one of many dug for fill from 1905 to 1912 by the railroad crew during construction of the Henry Flagler’s Overseas Railroad is a favorite spot for divers and fishermen.

Originally, there were three keys at this location. They were connected by fills at the time the Overseas Railroad was built. The Keys were West Summerland Key, Middle Summerland Key and an unnamed easternmost key. West Summerland retains its name, but the other two are known simply as the Spanish Harbor Keys; named for the anchorage located between this key and Big Pine Key. Interesting features of this key include Indian mounds and storage buildings still standing from the Flagler Railway construction era.

On the northern side of the keys there are still several sea walls that acted to contain the fill used to connect the three keys.  You can also see mounds of old concrete railroad ties behind the ties from when the rails were removed and the highway was constructed.   Kayaking along this edge of the islands gave us a chance to view the work that made the Overseas Railroad and then the highway possible. 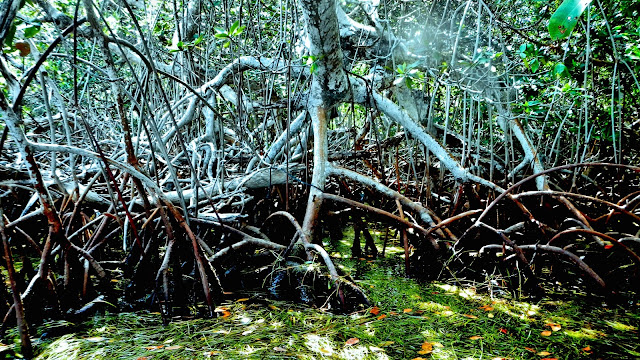 Posted by Bahama Bob's Rumstyles at 5:35 AM No comments: