The trip from Key West to Miami Beach was smooth and enjoyable, as Mike, June and I cruised  up US1.     A quick stop in Key Largo at one of my favorite liquor stores, "Denny's Discount Liquors", and it was back on the road again to Miami Beach.    It really wasn't one of those "are we there yet" trips, it was fun being able to talk with Mike and June for the first time in a while.     When we did arrive on Collins Avenue it was really clear we were there.    After checking in, it was straight to the pool for lunch and a cocktail.   After a relaxing lunch  time to get ready for the night's activities was at hand. 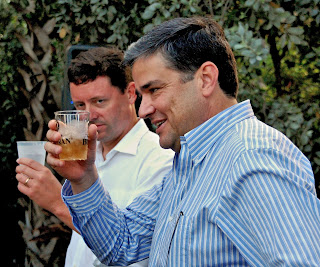 Botran Aged Rums was the host at two venues last night making our evening a very special one.    Botran is not just a brand name, but rather that of a family that moved to Guatemala from Burgos, Spain in the mid 20th century to establish the company.     Mr.Botran was our gracious host for the Soho Beach House RumXP get together.    It was very interesting listening to the talk about the rum, it is aged in a very different way from many others.   It spends time in four different aging barrels during it's resting time.   It starts in used American whiskey barrels, then recharred American whiskey barrels, followed by sherry and finally in port barrels. 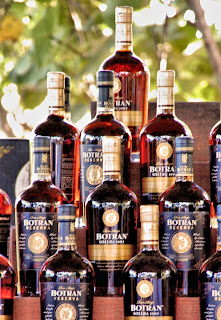 The Botran Solera 1893 and the Botran Reserva are the only two rums of the five bottled by Botran that are available here in the United States.    This is not a bad thing, because both of them are exquisite rums, full of flavor and complex aromas that draw in and keep you there as you sip and enjoy.

The party moved over to the trendy night club the "Broken Shaker" where the party continued for the rest of the evening.   Like at the "Soho", we had an opportunity to converse with friends while enjoying the fine Botran Rums.    Most of the XP's that haven't seen each other since last year, making this evening very special on another level. 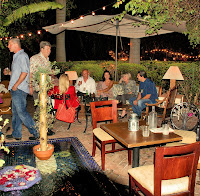 Thanks to Mr. Botran and his crew for a wonderful evening.   ;o)
Posted by Bahama Bob's Rumstyles at 10:27 AM 3 comments: