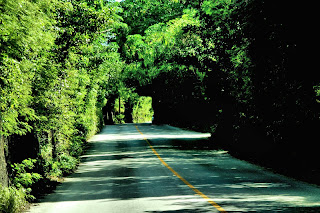 Having visited many of the rum producing countries,  I find it funny that my mind keeps coming back to Barbados.    I think that it is because this little island has four rum distilleries and the relaxing draw of the quaint rum shops.    I was last in Barbados in November of last year and I had the pleasure of having a fine man named Hugh to take us around his island and introduce me to some of the finest rum shops and sights on the island.    The day was spent traveling across and up and down the island stopping at small town rum shops , historic sugar mills, beaches, and two distilleries. 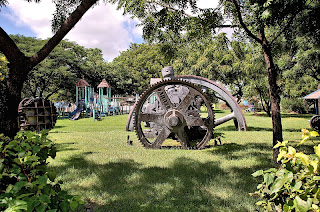 The first stop was at the Foursquare Distillery, where we met with Richard Seale and his family for a tour of the facility and some tasting of some the finest rums on the island.      Heritage park at the distillery and the rum shop give you a glimpse of what rum production was like in the earlier days at the distillery.     Today some of the most innovative methods in the industry are used to keep energy costs down and enhance the fine flavor of the rums.    The time it takes to go through this facility is worth every minute. 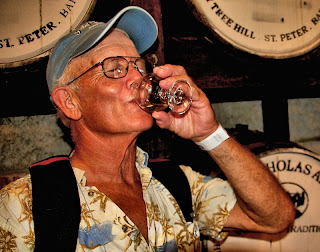 Next on the agenda, as it were was the St. Nicolas Abbey, a 1650's era sugar plantation that has been meticulously restored by Larry Warren and his family.    The restoration of the house and the grounds is mostly complete, but there is still work being done on the cane crusher windmill and some of the other areas.     The distillery is in full operation and they are producing some very fine rums there right now. 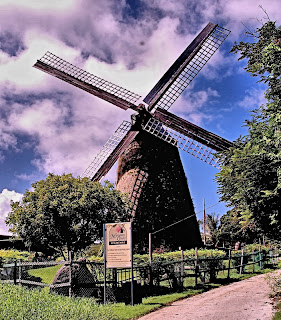 Now it is time for us to head the bus back to the south and visit the last of the operational windmills on the island at the Morgan Lewis Sugar Mill.    This is one of the most magnificent windmill that I have ever seen and well worth the time it takes to go by and see.     Then it is down the road again and heading for the coastline and some of the historic Rum Shops of Barbados. 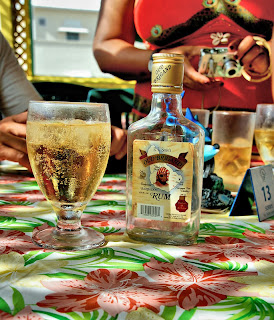 The Rum Shop is the somewhat equivalent of what we call a private club in some of the southern states here in America.  You buy a bottle of Rum, choose your mix, and they give you a glass with a bowl of ice and you mix you cocktail at the table and enjoy.    Many of these places started out as the front porch of someones home where they were able to sell rum to their neighbors and people could gather to have conversations and a little bit of rum.    Later some of them have expanded into full fledged restaurants and cocktail lounges.    It is the slap of the dominoes and the excitement of a cricket match on the TV as the locals carry on conversations and closely scan all of us tourists as we try to figure out how this rum shop idea is suppose to be done.     All in all, this is a great idea and I wish that we could do something like it here in this country.   It won't happen, Uncle Sam would loose control of the liquor sales and the loss of all that tax revenue. 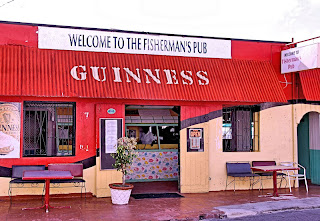 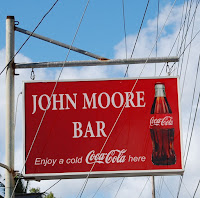 Some of the nice rum shops we got to visit were John Moore Bar and the Fisherman's Pub both North of Bridgetown.     Both of these are larger establishments, but still carry all the characteristics of the "front porch" rum shops we saw on our way down the hell from the abbey. 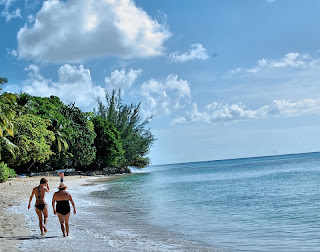 After visiting 10 or so rum shops on our return to Bridgetown, we felt the need to walk off some of the "Old Brigand Rum".   A walk on the beach was in order and another of the treasures of Barbados is set in front of us.  The beaches are absolutely breath taking and with their soft sands you can just walk out there and listen to the surf as it rolls up on the beach.     This was the perfect end to our 6 or 7 hour tour of Barbados and it could now have been a better day.    ;o)
Posted by Bahama Bob's Rumstyles at 9:02 AM No comments: