People looking to give up alcohol are said to be more likely to succeed if they go cold turkey rather than if they cut down gradually. 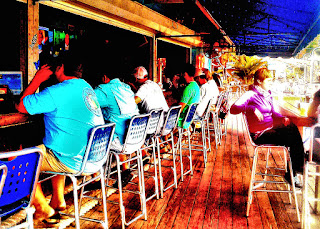 Research carried out by the University of Gothenburg, Sweden, found that people with a dependency on alcohol were less successful in reaching sobriety when they were under the supervision of a care provider that worked in controlled consumption.   Care providers in Sweden are split on the problem, with half believing that a gradual reduction of a person’s alcohol intake is the way forward, while others believe that stopping completely holds the best results.   However, previous studies have shown that the key element in the treatment process is that patients and care providers share the same view and that the treatment method plays a subordinate role, though how great an influence the choice of method has had on the final treatment result has not yet been looked into.
The study followed 201 adult patients for two-and-a-half years after their treatment began and showed that a shared view between patient and care provider was not decisive for the treatment outcome.   However, Associate Professor Kristina Berglund, who studies dependence at the Department of Psychology, said “patients whose goal was total abstinence were more successful than those who had chosen to control their drinking.”   Some 90% of patients agreed with their care provider that total abstinence were still sober during the follow up, where only 50% who were in agreement with their care provider on controlled consumption were still sober.

“It is easy to believe that the patient and care provider having a common goal is the most important factor in achieving good treatment outcomes, but it is not that simple. Our study shows that, regardless of agreement on goals and methods, in the end it is more difficult to stick to controlled drinking than to give it up entirely,” Berglund said.
You can see the whole story at https://www.sciencedaily.com/releases/2016/09/160914090314.htm