There has been a announcement of a really fun contest to create a caption for a picture of Hemmingway and win a trip to the Bimini Big Game Club Resort.

"Ernest Hemingway was one of the greatest adventurers in history, and many of his travels focused on the Caribbean, including the islands of Bimini and Cuba. Now you can invoke the spirit of Hemingway's adventures with this new contest from Caribbean Journal and Papa's Pilar Rum, the rum named for
Hemingway's famous fishing boat." 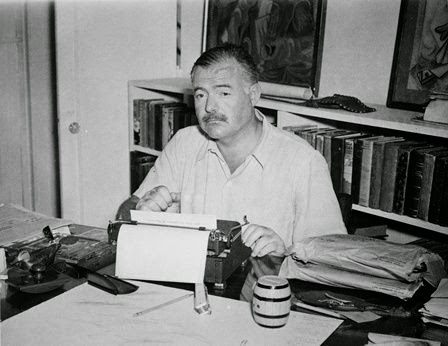 Enter to Win a Free 3 night 4 day stay at the Bimini Big Game Club Resort and Marina. All you have to do is write a great caption in the Facebook comments from the website   http://www.caribjournal.com/contest/papas-pilar-rum-bimini-adventure-vacation-contest/
This should be a really fun promotion with a really enjoyable prize, so put on your most creative cap and see what you can come up with.  Who knows you might be off to Bimini and a fun 4 days following in the footsteps of Ernest Hemingway in Bimini at the Big Game Club.  ;o)