Ernest Hemingway did a lot of things while in Cuba over the years, but he was probably most noted for his ability to consume large volumes of booze.  There are several establishments that he was known to frequent while in Cuba.  Some of the stories are true, and others are just made up for the benefit of the current owners to draw in customers   There are two establishments that I believe that he really enjoyed visiting.  The El Floridita in Havana and the La Tarraza in Cojimar.  These places, from what I've seen and read, were his "go to" watering holes.

The La Tarraza is located in the fishing village of Cojimar just to the northeast of Havana where Hemingway kept Pilar.  Hemingway and Captain Fuentes would return from fishing trips and head straight for the La Tarraza for food and drink.  Today his table set for him and Captain Fuentes is still sitting in the corner with the views of the bay where Pilar would sit at anchor.

While living at the Ambros Mundos was the time that he discovered the El Floridita and its daiquiri.    Upon arriving at the corner of Obispo and Monserrate Streets, he was struck by the charm of the El Floridita, which called to him from its grand bar of precious hard wood. Owner, Constante Ribalaigua's wife, says that Hemingway came into the bar to go to the toilet. When he came out, the drinks that everyone was drinking attracted him. He tasted one and said: "That's good but I prefer it without sugar and double rum".   So Constante prepared it to his taste and served it to him saying, "There it is Papa". That's how the cocktail, which was named after him - the Papa Doble - was born.  Later grapefruit juice was added and that gave way to the "Hemingway Special".

El Floridita was his place to just relax and bring some of his many celebrity friends.  He could be found with the likes of the Duke of Windsor, Gene Tunney, Jean-Paul Sartre, Gary Cooper, Luis Miguel Dominguin, Ava Gardner, Tennessee Williams and Spencer Tracy. 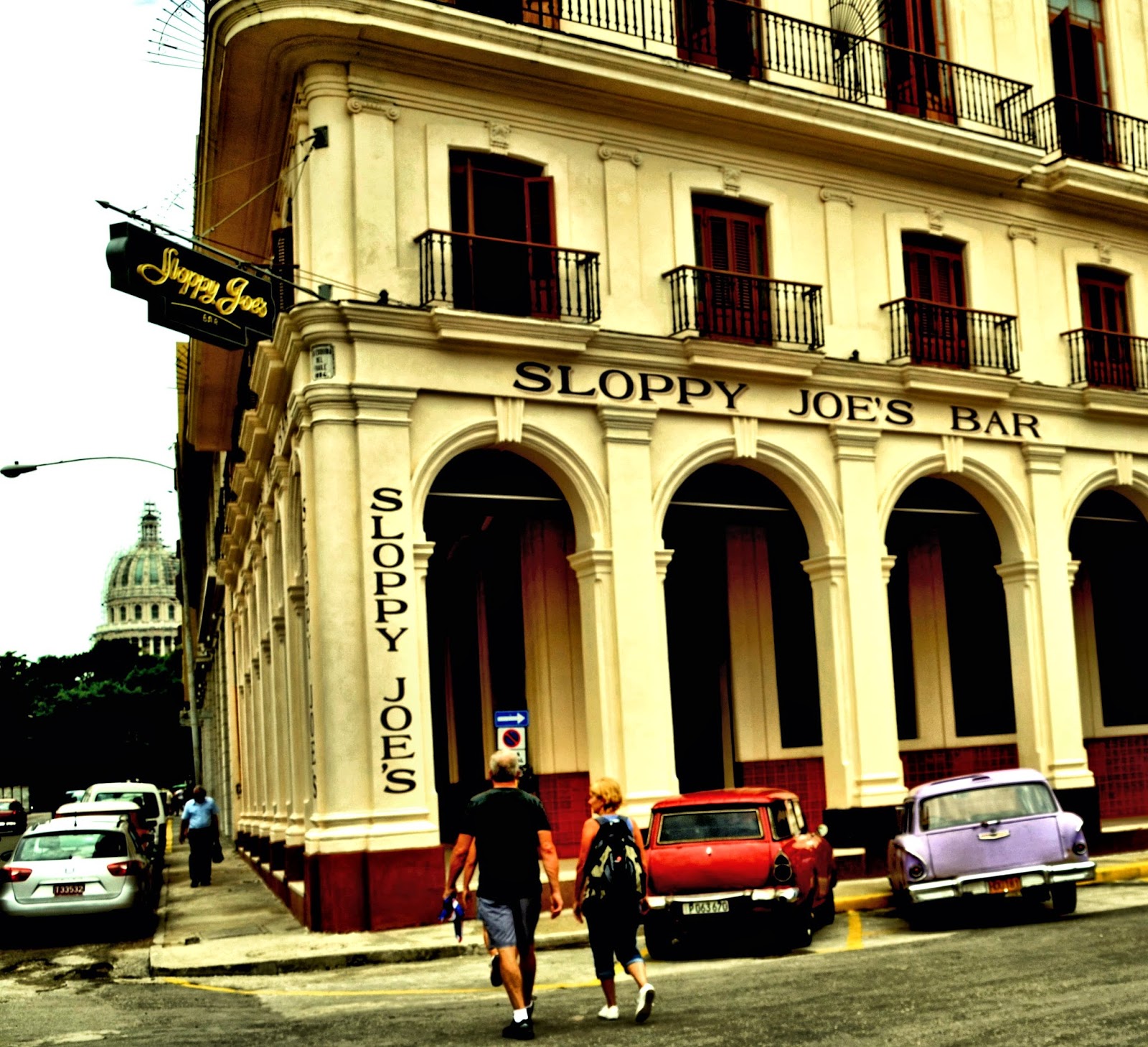 He was known to haunt several other places around Havana like Sloppy Joe's, where it is said that he took his friend Josey Russell and suggested that Josey rename his place in Key West after Sloppy Joe's in Havana.  He was also said to have visited the La Bodeguita del Medio, where he would supposedly drink his Mojitos.  This story has come into question in recent years, but the framed note still hangs on the wall. 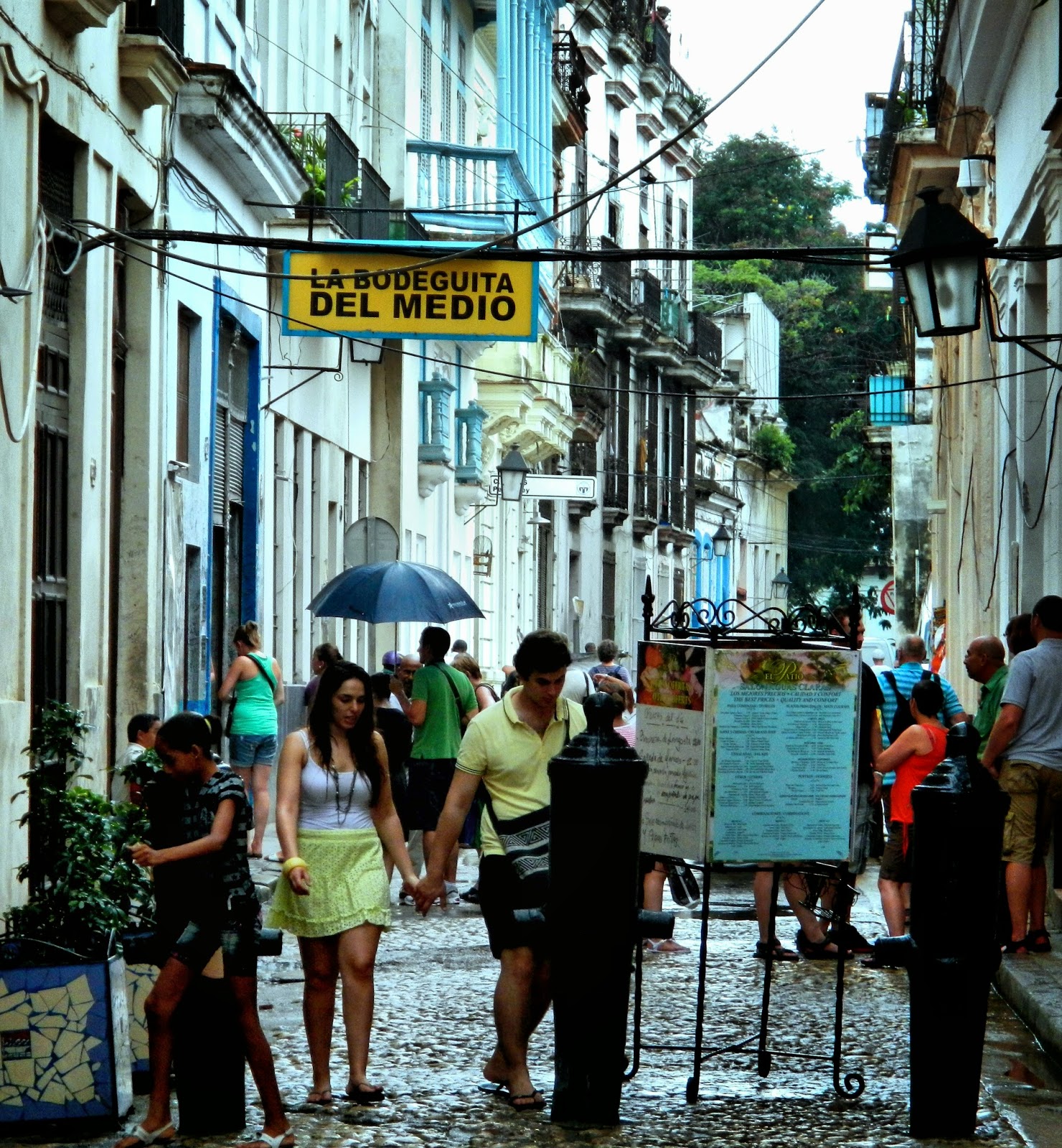 Like everything else that Ernest Hemingway did, he did his drinking in an epic manner as well. As you wander the streets of Havana today you can still sense his presence and follow his pathway through the bars and restaurants.  ;o)