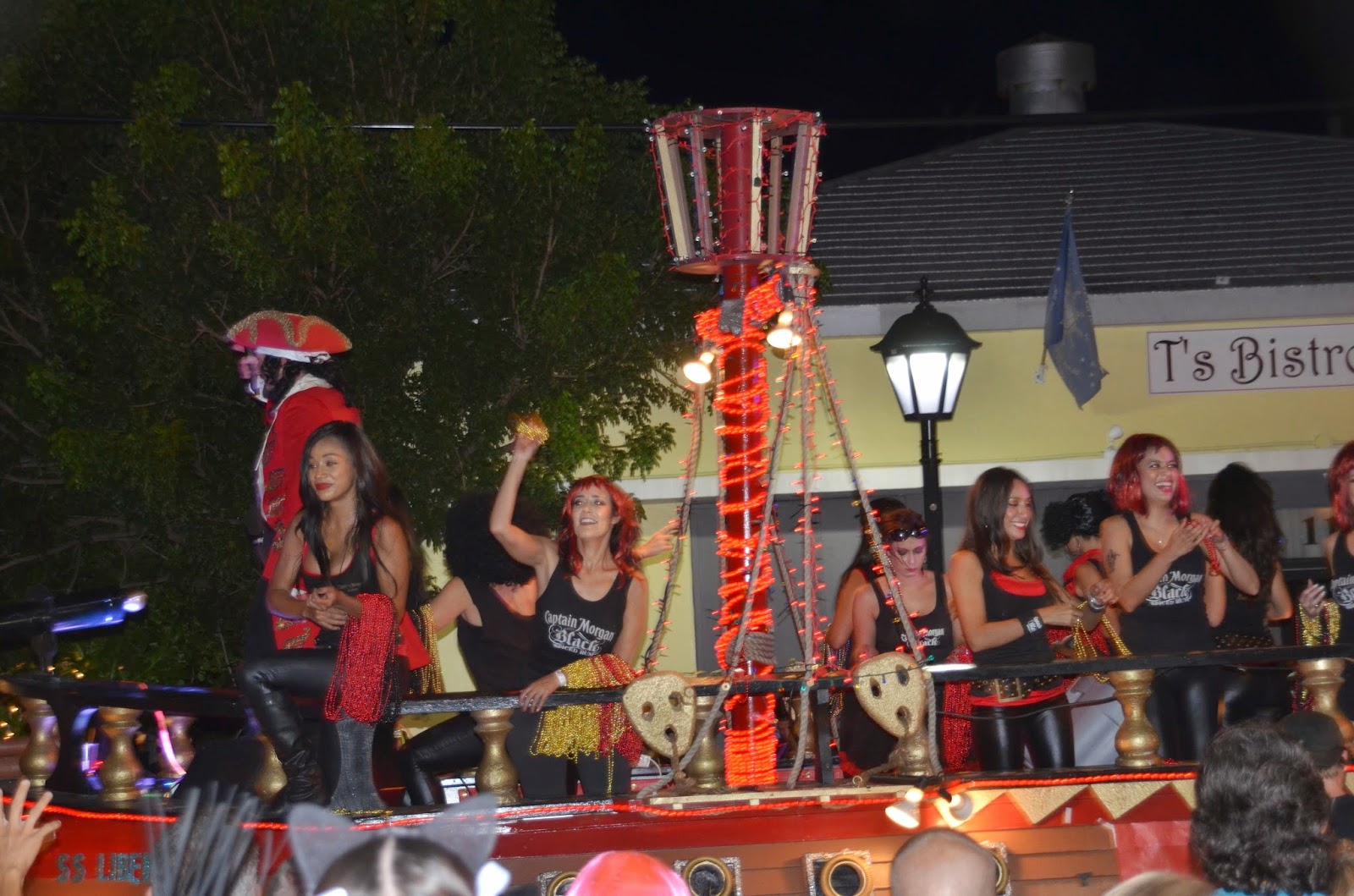 
The Fantasy Fest 3 Wishes .Com Parade winds through the world famous Duval Street from the Gulf of Mexico to the Atlantic Ocean. Brightly decorated floats and wildly costumed participants entertain the thousands and  thousands of spectators lining Duval Street in the grand finale of the 2014 Fantasy Fest Week. 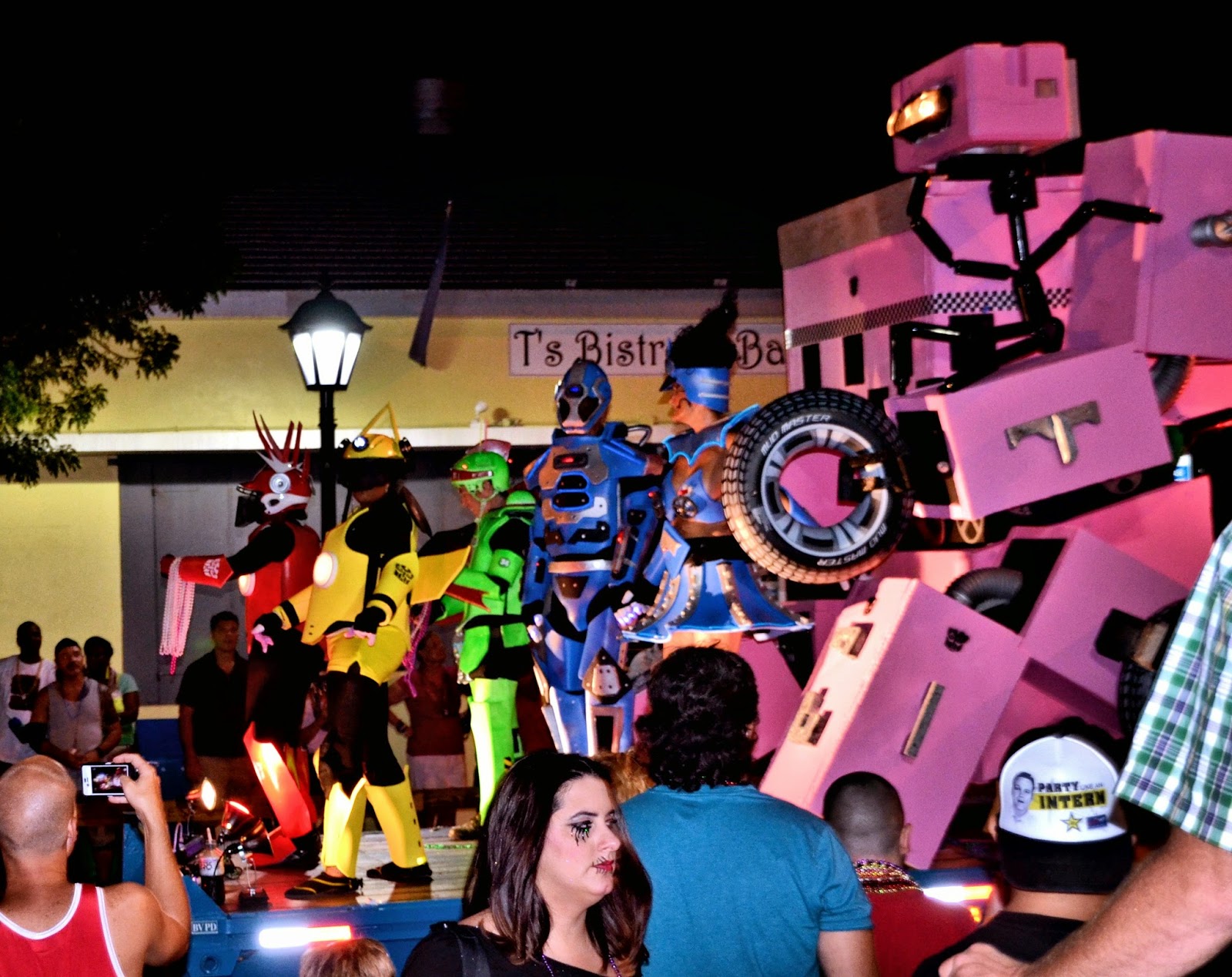 Even the weather is promising to cooperate with tonight’s spectacular.   Make sure that you get there early to get you spot on the street and find a place to park your car.  This is the event that no one wants to miss.  The hoards of people will arrive early and the party will keep on rolling until the street sweepers start of clean up the debris of the parade afterward. 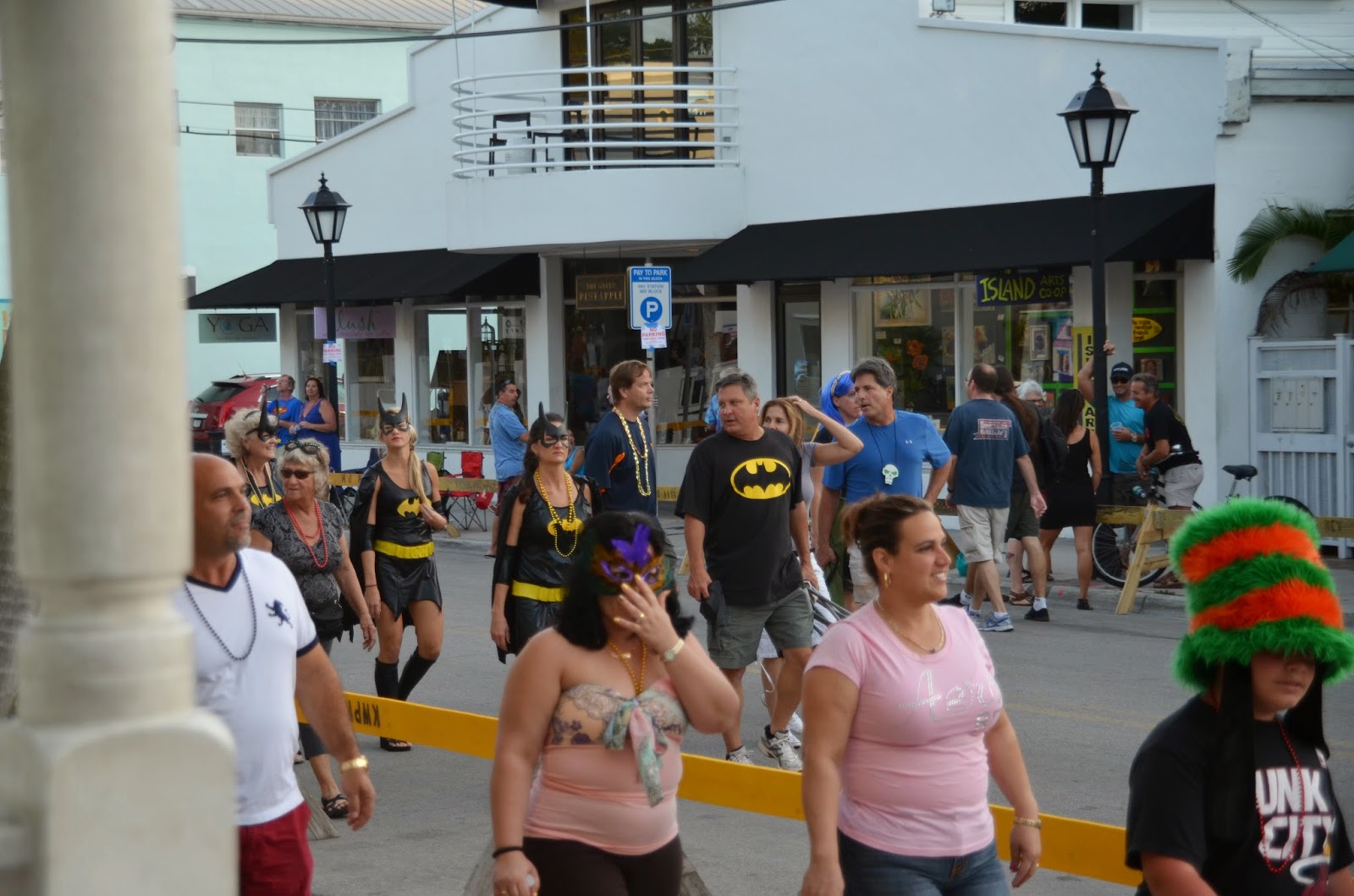 Even though this year’s Fantasy Fest has been plagued with crappy weather, the spirits of the revelers has not.   There has been a really good turnout for the events this year inspite of the weather.     Hope to see many of you at the parade tonight, as usual, I’ll be manning the satellite bar in front to the Rum Bar at the Speakeasy Inn on Duval Street.  Stop by and say hello and/or have a cocktail during the parade.  ;o)
Posted by Bahama Bob's Rumstyles at 7:00 AM No comments: