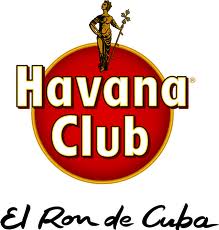 "Cuban diplomats registered their complaints on Monday before the Dispute Settlement Body (OSD) of the World Trade Organization in Geneva about the illegal use of the Havana Club label on rum sold in the United States, reported the Prensa Latina news agency."
"The Cuban delegation alleges "inconsistencies" in the report presented by the US since the OSD disapproved Section 211 of the Omnibus Appropriations Act of that country. This stripes the Cuban owner of the trademark from its right to trade labels, thus allowing the Bacardi Company to use the name of the prestigious Cuban rum company."

"The interim chargé d'affaires of the Permanent Mission of Cuba in Geneva, Nancy Madrigal, demanded once again the US repeal Section 211 and to comply with its legal obligations as a member of the World Trade Organization."
"The Cuban position was supported by the delegations from Argentina, Bolivia, Brazil, Chile, India, China, Ecuador, Mexico, Uruguay, Venezuela, Nicaragua, Vietnam, South Africa and Zimbabwe."
This is the next round for the Pernod - Ricard organization to preserve the integrity of their brand name in the US market.   After many years of their pleas falling on deaf ears in the American Court system, they have decided to take their case to the World Trade Organization.  Pernod - Ricard said that the Supreme Court decision would not be the end of this issue, and this seems to be the next strategy to protect the Havana Club Trademark.
I really wonder why this is going on at all, it is an absolute show of disrespect for what is obviously an established brand trademark.    These actions tug at the roots of the whole purpose of the trademarks.  It is more about the politics than about a trademark, politics that should have ended many many years ago.  This whole thing has become very child like right down to the still existing embargo of Cuba.   We buy from Russia, Vietnam, and China, all countries that have done worse things to the people of the United States and more recently.  This stupidity needs to come to an end.  ;o)
Posted by Bahama Bob's Rumstyles at 7:39 AM No comments: