What is so Magic about 21 Years Old 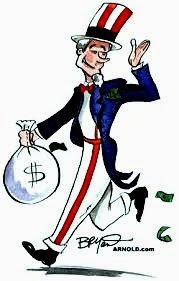 For many years, liquor could be served through out many American states at the age of 18.  Today every state in the union has a minimum drinking age of 21.  How did this come about?   For years the question of states rights was the dominant theme for what age was right for each state, but as the Federal Government started demanding that the minimum age be raised to 21, there were several states that really didn't want to change their laws.   Congress passed the National Minimum Drinking Age Act in 1984, which required states to raise their ages for purchase and public possession to 21 by October 1986 or lose 10% of their federal highway funds. By mid-1988, 49 states and the District of Columbia had raised their purchase ages to 21, but Louisiana was the last to relent in 1996.

Today the feds are up to the same pressures on the territories.   The Puerto Rican Government ifs feeling the threat of our financial threats to change their minimum drinking age as well.  Guam has already raised it's minimum age to 21.

In a article in the Caribbean Business tells of the same financial pressures being put on Puerto Rico.

"A Puerto Rico lawmaker has filed legislation to raise the island's legal drinking age to 21, arguing that keeping it at 18 has cost tens of millions in lost federal funds and increases alcohol-related problems.


"The consequence of allowing alcohol consumption at 18 years of age in Puerto Rico is receiving 10 percent less federal funds for security on the highways," Popular Democratic Party Rep. Carlos Vargas told EFE. "But on top of the economic issue is the social issue -- the risks and consequences that come from consuming alcohol at such a young age."


Puerto Rico gets about $120 million annually in federal transportation funding. However, the island loses about $11 million annually for failing to increase the drinking age to 21 from 18 and bypasses another $9 million for not passing legislation outlawing open alcoholic containers in automobiles. Puerto Rico recently enacted legislation lowering the blood-alcohol level to define what is considered drunk driving, a move that freed up some $12 million annually.

Posted by Bahama Bob's Rumstyles at 9:12 AM 2 comments: