Gruppo Campari has launched Baron Samedi, their new spiced rum in the US.

Launched through the group’s Campari America arm, The Baron Samedi Spiced Rum is named after a notorious Voodoo figure in Haitian Voodoo culture during the 18thcentury whose favored tipple was rum.   After the field tests of Baron Samedi Spiced Rum, "We’ll coming with what I think is a very distinctive proposition built on the voodoo storytelling available in the Caribbean.   So, let's see how that goes”,  Now it is being released
The spirit is made using Caribbean column still rum and Jamaican pot still rum that has been flavored with ingredients including vanilla, cocoa, cinnamon, clove and vetiver,  a grass native to Haiti.  Designed to be mixed with cola or ginger beer and also enjoyed as a shot, Baron Samedi has been bottled at 90 proof (45% abv).  “The Baron Samedi delivers an exceptional liquid and tells a different backstory to the nautical themes that dominate the spiced rum category today,” said Christine Moll, marketing director for rums at Campari America. 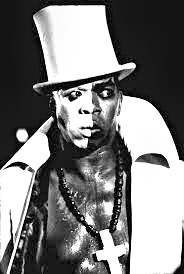 
The Baron Samedi Spiced Rum will be available in Colorado, Georgia, Indiana, Louisiana, Massachusetts, Michigan, Missouri, South Carolina, Tennessee and Wisconsin at an RRP of US$21.99.
Posted by Bahama Bob's Rumstyles at 6:21 AM 1 comment: