Americans, You Don't Need a Passport to Come to Key West 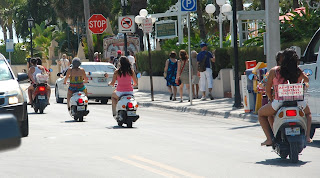 Key West just feels like a Caribbean Island, fully tropical with the quaint styling of the buildings, attitudes of its people, and the history of the town.  It is truly a tropical island that you can drive to along one of the most beautiful roads in the world.  You can look out on the north side and see the Gulf of Mexico, and to the South the Atlantic Ocean.   Yes this is part of Florida in name only, because one you are here you just know that you should have to show a passport to get on the island. 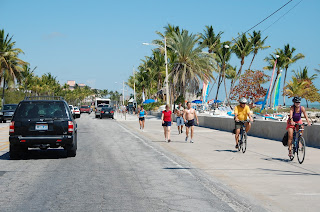 Many of the residents of Key West were immigrants from the Bahamas, known as Conchs, pronounced "conks", who arrived in increasing numbers after 1830.   Many were sons and daughters of Loyalists who fled to the nearest Crown soil during the American Revolution. .   In the 20th century many residents of Key West started referring to themselves as Conchs, and the term is now generally applied to all residents born in Key West, but those who have lived in Key West for seven years or more are called “Freshwater Conchs.   Many of the black Bahamian immigrants who arrived later lived in Bahama Village, an area of Old Town centered around Petronia Street. 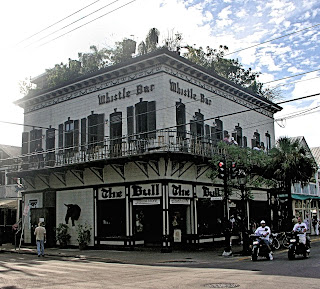 Key West is closer to Havana, 90 miles than it is to Miami, 129 miles .    In 1890, Key West had a population of nearly 18,800 and was the biggest and richest city in Florida.   Half the residents were said to be of Cuban origin, and Key West, Cubans were actively involved in reportedly 200 factories in town, producing 100 million cigars annually.  Jose Marti made several visits to seek recruits for Cuban independence starting in 1891 and founded the Cuban Revolutionary Party during his visits to Key West.   Key West was flooded with refugees from Cuba and continue to come ashore, on at least one occasion, most notably in April 2003, flew hijacked Cuban Airlines planes into the city's airport. 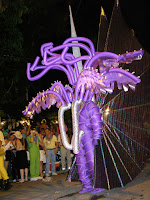 Key West is located at 24°33′33″N 81°47′03″W.  The maximum elevation above sea level is about 18 feet, a 1 acre area known as Solares Hill.  According to the United States Census Bureau, the city has a total area of 7.4 square miles, of which 5.9 square miles is land and 1.5 square miles is water.  Since the 1940's, the island has more than doubled in size via landfill.   The new section on the eastern side is called "New Town." It contains shopping centers, retail malls, residential areas, schools, ball parks, and The Key West International Airport. 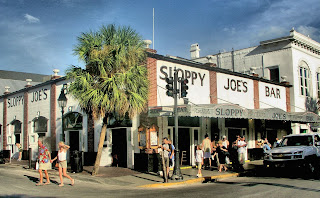 In 1982, the “Conch Republic” seceded from the Union. Not Really, but they were very upset about a border patrol blockade set up on the only highway in and out of the Florida Keys.  The secession was a little tongue-in-cheek, but the roots of the battle live on, especially during the annual Conch Republic Days.   This town is one part tourist mecca, and one part residential, Duval Street and a better part of “Old Town” is the crazy fun filled part of town, and the eastern side in general is the residential area, where it is only half as crazy as “Old Town” 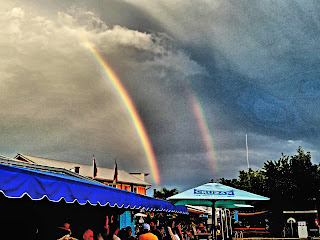 Key West has a tropical savanna climate, similar to that of the Caribbean Islands.  Like most tropical climates, Key West has only a small difference in monthly mean temperatures between January,the coolest month and July, the warmest month.  The annual range of monthly mean temperatures around 15 °F. The Florida Keys are one of the only locations on the mainland United States known to never have had a frost or freeze.  The lowest temperature on record is 41 °F on January 12, 1886 and January 13, 1981. Prevailing easterly trade winds and sea breezes suppress the usual summertime heating, with temperatures rarely reaching 95 °F. There are on average, only 55 days per year with 90 °F or greater highs, with the average window for such readings June 10 through September 22, shorter than almost the entire southeastern United States.  However, low temperatures during this period often remain above 80 °F. The all-time record high temperature is 97 °F on July 19, 1880, and August 29, 1956. 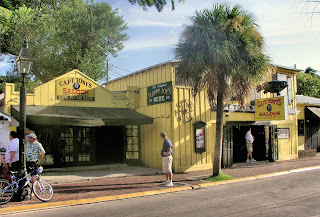 It is easy to see why many people that arrive for the first time in Key West, they feel like they are in some exotic Caribbean island.  This island in 100% America, and a really great place to live if you enjoy the fun loving atmosphere of the people who visit and live here.   Be careful, many of the residents came here on vacation and never returned home.
Posted by Bahama Bob's Rumstyles at 5:40 AM No comments: