The Six Most Deadly Combinations of Pills and Alcohol

Many people don't even think about the pills and other medications they are taking when they go out for dinner or to a club and begin drinking.   There are a lot of accidental overdoses that occur each year as a result of ignorance.   Unfortunately even with the  warning labels on most medications and doctors' warnings, alcohol and drug cocktails kill millions every year in the United States. 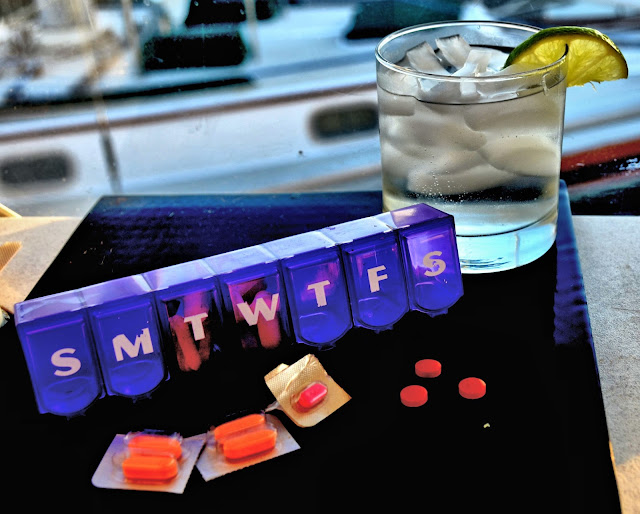 Here are six of the most deadly combinations, there are a few that most people don't even think about and they are likely to be deadly if the warnings are not heeded.

2. Opiates and Alcohol - including illegal heroin, and prescription painkillers like OxyContin, Vicodin, and hydrocodone

3. Antidepressants and Alcohol - such as Zoloft, Prozac, or Xanax


5. Birth Control and Alcohol - Women often feel more drunk quicker when they're on the pill because their bodies are busy metabolizing birth control hormones.

6. OTC Medications and Alcohol - Tylenol and others in the same category

But not everyone is at fault. Some take a sip of their wine or beer without knowing the risk while the drugs perform an often unpredictable chemistry experiment inside their bodies. Alcohol remains the deadliest drug in the world, accounting for crimes, accidental deaths, and poisonings, but including drugs in the mix adds a significant dose of danger. Learn about the risks of certain combinations to lower your chances of unintentional overdose and even death.

I guess what I am really saying to people is, if you are taking any kind of medication, you need to be aware of how it will respond with alcohol.  It is not only a situation that might cause you to feel ill or more quickly inebriated, it has a strong possibility of killing you.   I can't say it in a strong enough way, DON'T MIX MEDICATIONS WITH ALCOHOL period