I was looking for a classy premium rum cocktail last night.  It finally hit me that a sidecar was a really nice cognac cocktail that could be reworked with some rum and be right for what I was looking for. 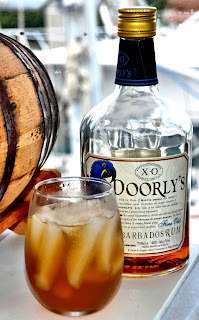 The Sidecar is a cocktail that has its origins to  an American Army captain in Paris during World War I and named after the motorcycle sidecar that the captain rode.  Original recipe called for equal parts of Cognac, Cointreau and Lemon Juice, today this is known as "French School".
Bahama Bob's Rum Sidecar

Combine all ingredients with ice in a shaker, strain and serve in a chilled Roly Poly Rocks Glass. Garnish with a lemon peel.
Posted by Bahama Bob's Rumstyles at 5:14 AM No comments: