The Serious Problem of Binge Drinking Being Addressed

Binge drinking here in America is becoming a serious problem affecting more that a few of the younger people.  There is a large group of people in the ages of 35 to 64 that live in the heart of America's populations that suffer from this alcohol poisoning regularly.  It is something that all of us consumers of alcoholic beverages should be aware of and avoid the pitfalls of binge drinking.  Below is an article from "The Spirit Business" that gives you an idea of the severity of this issue. 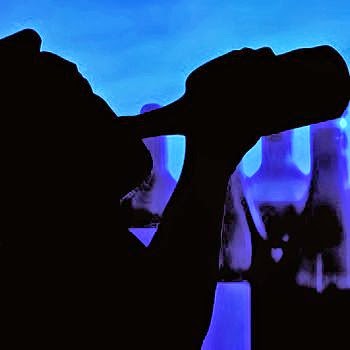 According to a recent report by the Centers for Disease Control and Prevention (CDC), the deaths are a result of binge drinking – drinking a large amount of alcohol in a short period of time – which can impact the brain, heart rate, breathing and body temperature.  The CDC’s Vital Signs report states that three in four deaths involve adults aged 35-64, and most deaths occur among men and non-Hispanic whites. However American Indians and Native Alaskans experience the most deaths from alcohol poisoning per million people.  More than 38 million US adults report binge drinking an average of four times per month and consume an average of eight drinks per binge drinking session. Binge drinking is defined as consuming four or more drinks for women and five or more drinks for men on one occasion.
“Alcohol poisoning deaths are a heartbreaking reminder of the dangers of excessive alcohol use, which is a leading cause of preventable deaths in the US,” said CDC principal deputy director Ileana Arias.  “We need to implement effective programs and policies to prevent binge drinking and the many health and social harms that are related to it, including deaths from alcohol poisoning.”  The CDC also emphasized the wide differences in alcohol consumption between states, stating that while there are 46.5 deaths per million residents in Alaska as a result of excessive consumption, there are 5.3 per million in Alabama. The greatest number of deaths have occurred in the Great Plains, western United States, and New England.
As part of the study, CDC scientists have analyzed deaths from alcohol poisoning among people aged 15 years and older using data from the National Vital Statistics System for 2010-2012. However, researchers emphasis that the report may not be conclusive, as alcohol-related deaths are often underreported.
Read More at http://www.thespiritsbusiness.com/2015/01/six-us-adults-die-from-binge-drinking-every-day/?article-source=newsletter&source=334&date=2015-01-07
Posted by Bahama Bob's Rumstyles at 7:00 AM No comments: