Captain Morgan Apple Smash Has Arrived in the United States 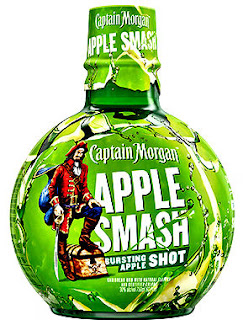 The expression is described as a blend of Caribbean rum with a green-apple flavor. The new variant joins the brand’s existing range of shot-inspired spirits, which includes, Watermelon Smash, coconut-flavored Loconut, Cannon Blast and Jack-O-Blast.    Bottled at 30% abv, Captain Morgan Apple Smash is recommended served as a chilled shot, mixed with cinnamon whiskey or in a cocktail with ginger ale.    Captain Morgan Apple Smash is available in the United States for an RRP of $15.99 for a 750 ml bottle.


Posted by Bahama Bob's Rumstyles at 5:32 AM No comments: