Today is starting out with a bang.  Diplomatico Rum of Venezuela hosted out breakfast.  They are
here to tell us about their new packaging and the changes being made to two of their traditional rums.

The Blanco has become Planas which is named for the valley in
Venezuela where the Diplomatico Distillery is located.  It also has a new bottle that is modeled after the traditional bottle used for the Diplomatico Reserva Exclusiva, their flagship traditional rum.  The rum is blended with rums up to six years old. and presented at 47% ABV.  The Planas was launched in the United States back in January and will be availablle throughout the US by years end. 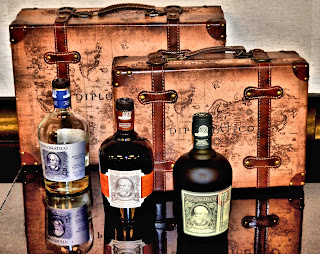 Reserva has been renamed to Mantuano, meaning a person with great taste and appreciates the finest things in life.   The new Mantuano has a richer taste and a higher percentage of pot still rum in the blend when compared to the Reserva and presented at 40% ABV.  The oldest rum in the blend is eight years old.  The label also has been redone to be more like the Reserva Exclusiva label.

The Reserva Exclusiva has had no changes to the rum, but there is a slight modernization of the label.  Still the same fine expression that it has always been.

There is a hint that in the fourth quarter of this year there will be a new technically innovative expression arriving from the rum masters at Diplomatico.

Round three of the judging is in the books and the white rums fell under our scrutiny in this session.  Several really nice expressions again this year have appeared.

Lunch was one of those rare and wonderful experiences.  Richard Davis, Owner of Neptune Rum came here to the United States to give us an exclusive first ever here int states taste of his new Neptune Rum.

The fourth judging session was very interesting, Agricole and Cachaca.   The Agricole's and the
Cachaca's are very unique expressions and require time to evaluate as they are very different and complicated.

Later in the evening it was off to the Pawnbroker Bar at The Langford Hotel for the Launch Party for Rum Java Brand with its group of new expressions.  I love these special events that the rum companies set up for the judges.  WOW!!! What a great evening, tin pan steel drums and Havana style dancing lovelies.  Great time enjoying the rum, food and the entertainment. 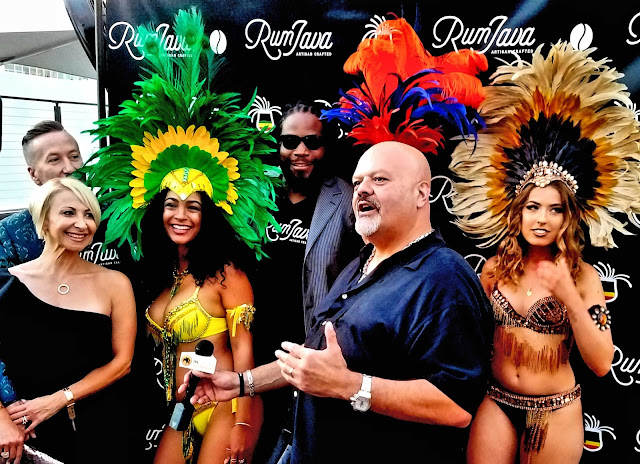 Posted by Bahama Bob's Rumstyles at 6:29 AM No comments: