A phone call from John Wells of Southern Wine and Spirits and I'm off to the Casa Marina Hotel in Key West for a lunch with Malcolm L. Gosling II.  Malcolm was here in Key West, and an opportunity to meet with members of the world wide rum family is always one that can't be missed. Malcolm is a well educated young man who seems to really enjoy his place in the company.  He is a really great spokesman for the products and a fine all around person.  A Boston resident since 2004, and a full time employee of the family business.

Malcolm's father  E. Malcolm B. Gosling has been President and Chief Executive Officer of Gosling-Castle Partners Inc., since April 2005, an export venture of Castle Brands Inc.   As President of Gosling-Castle Partners Inc, Mr. Gosling oversees the global exports of the Goslings rum brands into the United States and various other markets.   Since 2003 he served as President of Gosling Export (Bermuda) Limited, responsible for the production and shipping of Goslings rum, and serves as a Director of the Bermuda holding company.   Since 1989, Mr. Gosling also served as the Vice President and Managing Director of Gosling Brothers Limited, the parent company of Gosling Export (Bermuda). Mr. Gosling has been active with the family business for over 20 years, and represents the seventh generation of his family to be active in the business. Mr. Gosling received a bachelor of arts degree from Boston College in 1985. 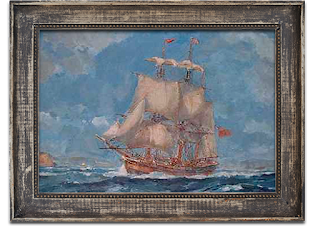 The family has been in the wine and spirits business since the the late 1700's in England.  In the spring of 1806 James Gosling, the oldest son of William Gosling, wines and spirits merchant, set out from Gravesend, Kent, England on the ship Mercury, with £10,000 sterling worth of merchandise, bound for America.     After ninety-one desperate days on becalmed seas their charter ran out, and they put in at the nearest port, St. George’s, Bermuda. And the rest, as they say, is history. 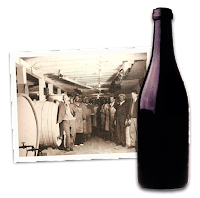 Black Seal claims an ancient Bermuda lineage, but it’s complicated. Generations of Goslings have indeed been blending rum in Bermuda since the middle of the 19th century. But only blending, the raw material, rum distillate, comes from Barbados, Jamaica, and Trinidad — Caribbean islands where sugar cane grows.   Bermuda doesn’t have enough arable land for a cane crop, and the climate’s not right.   The distillate arrives at 9 Dundonald St. in Hamilton in stainless-steel tanks, where it is aged between three and six years, then blended according to an old family recipe.   The portion destined for the local market stays behind. The rest goes back in the tanks, journeys by sea to Port Elizabeth, N.J., and thence by rail to Bardstown, Ky., where it is diluted, bottled, and cased for shipment coast to coast.

It was such a pleasure to spend some time talking with Malcolm and getting to know more about the family and the business that they have spent more than 200 years developing.  I see great things coming in the future for the Gosling Brand including the introduction of Gosling's Gold Seal coming around September.