Pernod Ricard Denies Shortage of Rum when US Opens Up

Pernod Ricard has said the company will have enough Havana Club for its core German market even if the US drops an import ban on the rum brand. 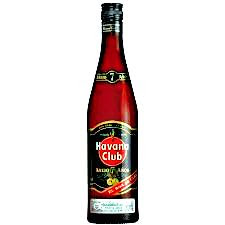 Germany is the top European destination for Havana Club, which increased its market share in the country by 2% to 22% in Pernod's fiscal 2014/15. However, with the thawing of Cuban-US relations, the US could be about to allow the Cuba-made spirit back into the country.
On a call with analysts today, Pernod's head of Europe, Middle East & Africa, Christian Porta, was asked if there was a risk the company would have to lower its Havana Club allocation for Germany if it started shipping to the US.
Porta said: "I have no doubt we will have enough Havana Club rum to continue to grow, even if, or even when, the US market opens to Cuban rum."   This month, the Cuban government called on the US to allow the sale of Havana Club in the United States.
Posted by Bahama Bob's Rumstyles at 7:00 AM No comments: