These days I get to spend a lot of time at the Hemingway Rum Company as a Rum Maker.  The rum that is sold there is called Papa's Pilar, a name taken from a combination of the name that he was affectionately known as during 1939 through 1960 the years that he called Cuba home.   The boat itself is in pretty good condition for its age, delivered April 18, 1934 and today it is 84 years old.  You can see it sitting on the tennis court at Finca la Vagia just outside of Havana, Cuba.  If you take the trip to Havana, Finca la Vagia is worth the taxi ride to see the entire museum, his house has pretty much just like it was when he left it for good on July 25, 1960 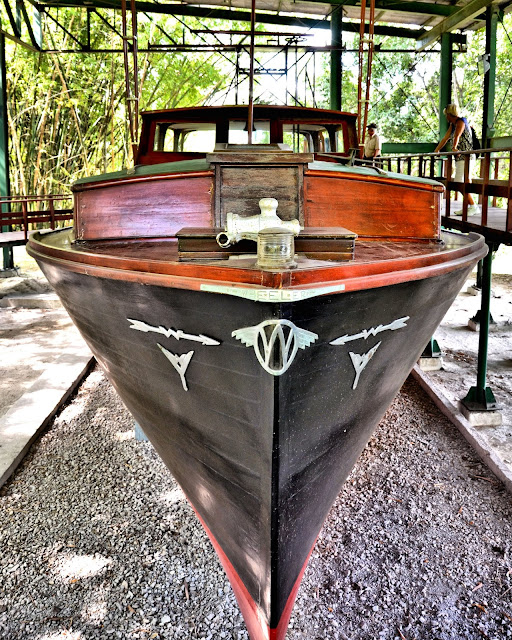 Posted by Bahama Bob's Rumstyles at 5:59 AM No comments: