"In 1914, the Catalan immigrant Constantino Ribalaigua Vert started working in the bar as cantinero (bartender). Constantino, nicknamed Constante, became the owner in 1918. Constante is credited for inventing the frozen daiquiri in the early 1930s, a drink that became linked to the fame of the place, whose motto is now "la cuna del daiquiri" (the cradle of the daiquiri). The bar became a school of highly skilled cantineros (bartenders) specialised in cocktails prepared with fresh fruit juices and rum, whose traditions are still preserved by the disciples of Constante."
Today lets take a look at the original El Floridita Frozen Daiquiri and slip back in time to a different place and enjoy a fine cocktail that helped make the El Floridita famous. 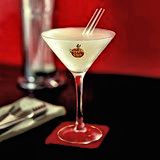 El Floridita Frozen Daiquiri
Place all of the ingredients into an electric blender and blend until smooth.  serve in a Martini style glass with a lime garnish and enjoy your daiquiri responsibly.
Try this daiquiri, it is not nearly as tart as the "Papa Doble" and quite the tasty and refreshing cocktail to enjoy on a hot and humid afternoon in these "dog days of summer".  ;o)
Posted by Bahama Bob's Rumstyles at 8:47 AM No comments: