Energy Drinks and Alcohol: Not so Good.Together 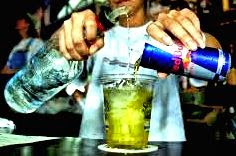 I've always had a problem with the mixing of caffeine and sugar laden drinks with alcohol, The logic really doesn't fit .  Alcohol is a depressant and the caffeine and sugar are stimulants.  You really don't want to take your body in two different directions at the same time.  There is an article in Time that helps you understand why this is not a good thing to be doing.


For years, research has suggested that mixing alcohol and heavily-caffeinated energy drinks could have negative health effects.  Combining the two seems to make you want to drink more and mask signs of inebriation.  The combo's potential negative consequences aren't just a personal risk, but a public health one, suggests a new paper in the journal Advances in Nutrition.

"When people mix energy drinks with alcohol, people drink more than they would if they had just consumed alcohol, which is associated with a cascade of problems," says paper author Cecile Marczinski, associate professor of psychology at Northern Kentucky University. 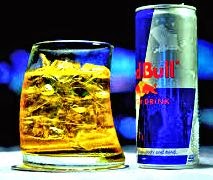 The increased likelihood of engaging in risky behavior, particularly drunk driving, is chief among the public health concerns, Marczinski says. The caffeine rush in energy drinks makes a drinker look and feel more balanced and coordinated than their drinking would suggest, leading some drinkers to believe they're not actually drunk. In one study Marczinski cited, people who combined energy drinks and alcohol were four times more likely to think they could drive home than their counterparts who drank alcohol alone. The effects of the energy drink may also make it less obvious to police officers that a driver is drunk, making the officer less likely to breathalyze.