The Cocktail of the Day: The Planter's Punch 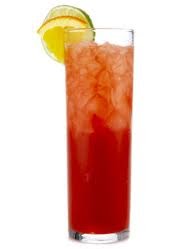 The Planter's Punch like many other cocktails has a history that is sketchy as to it's true origin.     Fred L. Myers founder of Myer's Rum distillery in Jamaica was said to have created what he called "Planter's Punch " to celebrate the creation of his his new distillery in 1879.      The recipe on the back of each of the bottles known as the "Old Plantation Formula".     This recipe uses the same references that were used in the first known reference to this cocktail on August 8, 1908 in the New York Times.
This is the exact recipe that New York Times published in 1908.     This is one of those cocktails that is not really a specific cocktail, but rather a generic one that have many many versions that have arisen from all around the world.

The drink hit it's peak in popularity in the 1950's through the 1980's during the Tiki era.     Trader Vic is credited with popularizing the drink during that era.     Still around today you will find as many versions of this drink as you will bartenders. 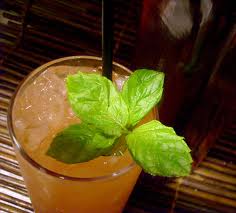 If you look at the 1908 version of the Planter's Punch and  Trader Vic's 1947 version they are very similar.     This classic cocktail is one of the great and popular cocktails that keep happening year after year.     If you haven't tried one, you owe it to yourself to find a good bartender that mixes classic cocktails to the old recipes and treat yourself.     ;o)
Posted by Bahama Bob's Rumstyles at 9:21 AM No comments: