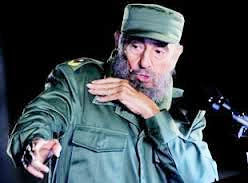 Fidel Castro's passing has brought out many emotions for those who have lived for nearly six decades of his rule in Cuba.  There were strong emotions seen last night in Miami's Little Havana and many other places where Cuban Americans live.   Castro was born on August 13, 1926 and passed away on November 25, 2016 at the age of 90.

President Obama's Statement on Fidel Castro's passing.  "At this time of Fidel Castro’s passing, we extend a hand of friendship to the Cuban people. We know that this moment fills Cubans - in Cuba and in the United States - with powerful emotions, recalling the countless ways in which Fidel Castro altered the course of individual lives, families, and of the Cuban nation. History will record and judge the enormous impact of this singular figure on the people and world around him." 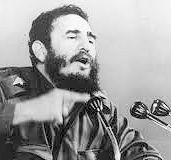 "For nearly six decades, the relationship between the United States and Cuba was marked by discord and profound political disagreements. During my presidency, we have worked hard to put the past behind us, pursuing a future in which the relationship between our two countries is defined not by our differences but by the many things that we share as neighbors and friends - bonds of family, culture, commerce, and common humanity. This engagement includes the contributions of Cuban Americans, who have done so much for our country and who care deeply about their loved ones in Cuba." 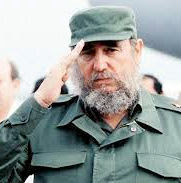 "Today, we offer condolences to Fidel Castro's family, and our thoughts and prayers are with the Cuban people. In the days ahead, they will recall the past and also look to the future. As they do, the Cuban people must know that they have a friend and partner in the United States of America."
President Obama's statement I feel was well said and showed the true feelings between the people of the United States and Cuba.  It is my hope that the events of the past can be put aside and relations with Cuba will return to a normal and we will be able to visit and share with the wonderful people of Cuba.
Posted by Bahama Bob's Rumstyles at 11:20 AM No comments:

Diageo USVI that they would be moving its U.S. Captain Morgan rum aging warehousing to Relay, Maryland, in its continuous efforts to improve efficiency.   According to a statement by Diageo, the move enables more efficiency in its supply chain and also saves the firm money by improving logistics costs. The transition will begin in the coming months and expected to be completed before the end of 2017.

Crucially, Diageo says the change of location for aging warehousing would not come at the cost of approximately 10 jobs at the distillery.   During the transition, those who choose to continue working with Diageo will be offered other opportunities at the distillery.   "Everyone currently working in maturation and warehousing who wants to continue working at Diageo USVI will have an opportunity to apply for other roles within Diageo USVI”.

Diageo's presence in the territory has come to play a crucial role in the U.S.V.I.'s financial well-being. Along with spirits produced by Cruzan Rum, the territory collects just over $200 million in federal excise taxes annually, which the USVI uses to pay for its bonds.   The federal government collects $13.25 in taxes on every proof gallon of rum made in the territory and sold in the U.S., and returns most of the funds to the local government in the form of rum cover-over revenues.

Read More at http://viconsortium.com/business/diageo-move-rum-maturation-warehousing-u-s-mainland-move-will-not-impact-employment-rum-cover-funds/
Posted by Bahama Bob's Rumstyles at 5:29 AM No comments: