Why Does Alcohol Make Us Drunk? 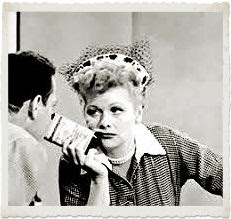 Every day as I research things for the blog, I run across many interesting tidbits.  I found this one very interesting.  It is a question I feel that most of us have asked ourselves after an afternoon or evening of partaking a wee bit too much of the beloved ethanol.

Every day millions of people ask Google life's most difficult question.   As Homer once said, this infamous molecule is both "the cause of, and the solution to, all of life's problems".  It was Homer Simpson who said that rather than the classical bard, but it's no less true or profound for that. Sometimes, the rubbish you come out with when you're drunk really is quite clever, or funny, or both, so long as you can remember it properly the next morning.  Why does alcohol make us drunk?   When you look at the history of our relationship with it in light of Marlatt's research, the smart ass, know-it-all-on-the-bar-stool's answer has to be, "Because we want it to."

Our ambiguous relationship with alcohol is older than civilization - in fact there's a strong argument that it was the cause of civilization itself.  We've been drinking it since our dawn as a species, and it probably helped us evolve into humans in the first place. It may even have played a role in the very creation of life on earth. No, I'm not drunk. This is proper science.  For all that time, alcohol has been, as Simpson said so beautifully, both a cause of great pleasure and, for a minority, colossal pain. Our relationship as a society with alcohol swings on a pendulum over time between celebrating the positives and deploring the negatives, and right now we're over on the temperance side. Between 1785 and 1985, The Times used the term "binge drinking" a total of 49 times. The same paper ran over 300 stories about binge drinking in 2004 alone. Which is odd, because people were drinking much less in 2004 than their ancestors had been at pretty much any point in the preceding two centuries. 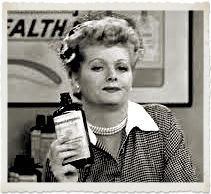 What does alcohol really do to us? And how does it do it? The truth is, neuroscientists are still in the process of figuring this out. To a significant degree, it depends on who you are, what your relationship with alcohol is, what and how you're drinking, ultimately, what you mean by "drunk".   Let's look at the physiological effects first. The active component in booze is ethanol, which as molecules go, has all the sly charm of one of those beery lads who can worm his way past the velvet ropes of any bar in the world. Water soluble and small enough to pass through and between cell walls, ethanol is drawn first to the liver, which immediately begins to break it down. But the liver only works so fast, so surplus ethanol shoots on through to every part of the body and ends up in the brain within minutes. It does all sorts of stuff to our digestive system, our motor functions, our need to pee and much more, but it's the feeling of drunkenness that fascinates us.  Information and instructions are carried around the brain by neurons - excitable cells that carry data. Neurons don't touch, but communicate across tiny gaps known as synapses, using chemicals known as neurotransmitters. Simplistically, these fall into two types: "excitatory impulses", which tell us to do stuff and are carried by glutamate, and "inhibitory signals" which tell us to do less, and travel via gamma-aminobutyric acid, or Gaba. Trillions of these signals are happening all the time, and their net effect is the mind itself, and our sense of consciousness.   Ethanol gleefully speeds into the synapses, cascading into the gaps between the neurons, and then sidles up to them, puts its arms around their shoulders and assures them it's their best mate in the whole world. You might be suspicious if a stranger did this to you in a pub unless you were already gathered, but your neurons totally believe the ethanol molecules, and scientists still don't really know why.

Loss of motor function, memory loss, nausea and so on often only kick in at high blood alcohol concentrations, -bind effect - dulling the active signals and amplifying the sedative ones, is what we really mean when we say alcohol is a depressant, it doesn't make you depressed.    What it does is slows down and depresses your active functions, making the brain slower and more sedate and, given enough time it can accelerate the process until you pass out.  At the same time, ethanol also jacks up the release of dopamine, exciting the part of the brain that perceives reward.   Reward is related to the ethanol you consumed, so you consume more, depressing your brain function while increasing your sense of euphoria.


Posted by Bahama Bob's Rumstyles at 5:14 AM No comments: