Havana Club is Offering a New "Tributo Collection of Rums

Pernod Ricard has created a new Havana Club expression and relaunched its global cocktail competition centred on the Cuban rum, 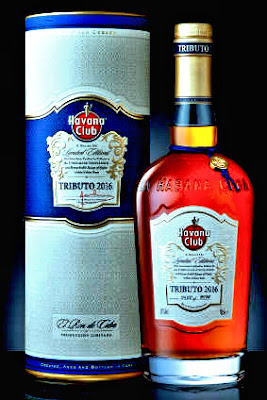 The Havana Club Tributo Collection is a batch of 2,500 bottles made up of special reserve rum which will be revamped annually in time for the Cuban Habanos Festival.   The 2016 limited edition Havana Club from Pernod Ricard’s brand is made from a base of rums aged in 80-year old casks, which have been blended with other rums “to give an aromatic and intense taste with defining notes of dried tropical fruits and a deep amber color”.  It is bottled at 40% ABV and will be available in 10 markets, including Cuba, UK and China, from March 2016 at the Retailing at a price of $350 US.
In addition Havana Club has announced that Havana Club is inviting bartenders to take part in the national heats for the 11th biennial Havana Club Cocktail Grand Prix, in which bartenders will compete to represent their country at the global finals in Cuba.

Posted by Bahama Bob's Rumstyles at 5:45 AM No comments: