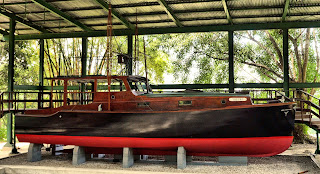 </
Pilar was Hemingway's famed 38 foot fishing boat that he acquired on April 18, 1934 for the price of $7495.00.  Hemingway was still living in Key West at the time, but later took with him on his move to Cuba.  Today the boat has been restored and resides as part of the Hemingway Museum on the grounds of Finca la Vigia in San Francisco de Paula, Cuba.    This is a must see for any one that has any interest in the real Ernest Hemingway.    Fishing and hunting were two of his biggest passions in life, and Pilar a nickname of his second wife Pauline. 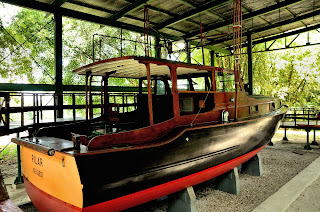 Hemingway and Pilar covered much of the area from the North Coast of Cuba and Bimini to the Marquesas Keys and Key West during the years 1934 til 1959.    There were many many stories of the adventures of Hemingway and Pilar that were a part of on his many voyages.  There were wild party's, fighting, and fishing in Bimini, the "Hemingway Patrols" from 1942 and 1943 looking for German U-Boats off of Bimini and Cuba, and the many fishing stories, Pilar and Hemingway were deeply entrenched in the nautical history of the area. 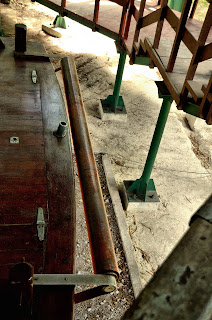 For it's day, the boat was fitted with many innovations that are still a part of fishing boats today.  I had a "Bimini" top with a steering station located high above for spotting the fish, engines designed with fishing in mind, a livewell for fish and bait, and a roller on the transom to aid in the pulling of large fish into the boat.   For it's day one of the best fishing yachts in the world.  Hemingway and Pilar were responsible for many many records and was the first to pull a absolutely pristine Giant Tuna aboard.  This boat has so much history and so many firsts that it is impossible to cover, but between the boat and the man, few could compete when it came to fishing.  The Pilar was the inspiration for many of the books that Ernest Hemingway wrote during the years he and Pilar were together on the seas.   ;o)


Posted by Bahama Bob's Rumstyles at 8:43 AM No comments: