Puerto Rico: One of the Worlds Largest Producer of Rum

Around the world when you speak of Puerto Rican rum, you hear the response "Oh Bacardi", but that is only the tip of the iceberg.     The production of "Ron" ( Spanish for Rum) has been a major part of the Puerto Rican economy since the 16th century. 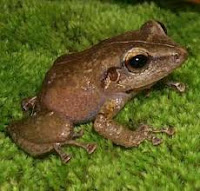 has had over the years the largest number of distilleries and bottlers of rum in Puerto Rico.     Rum Distilleries like Jose Gonzalez Clemente y Co., Ron Oro Nativo ( Segram), Alfredo Vega Toro y Co., Baltasar Cruz y Co., Luis Garcia y Co., Julio Maldonado y Co., Mayaguez Rum Company, and Primitivo Grau y Co..     These rum producer have over the years given us such brands as Christophe5r Columbus Rum, Government House Rum, Reserva Especial, Ron 738, Ron Delicias, Ron El Campesino, Ron Imporico, Ron Latino, and the list goes on and on, 21 of them in all.     The Puerto Rico Sugar Company opened a new distillery in Mayaguez in 2009 called Distileria Coqui, named for the curious little tree frog that makes a sound like it's name in the evening in Puerto Rico.    They make an artisan rum known as Pitorro ( meaning Moonshine).

Arecibo is another Puerto Rican city known for it's rum production.    Barcelo, Marques y Co. (currently owned by Serralles Distileria), known for Ron Palo Viejo.     Roses, Garcia y Co., makers of Ron de la Casa de Roses as early as 1868.    Ron Llave goes back as far as 1891 and purveyors of rum from the Royal House of Spain in 1893.   At the start of the 1900s many of the rum producers of Arecibo merged their operations into a single operation known as Puerto Rico Distilling Company (1911)   This company became a supplier to the aging, bottling and blending producers in Mayaguez and Bayamon.   During the prohibition years the company produced denaturalized alcohol to be used in the making of "Bay Rum" an after shave lotion.    Rum production returned in 1934 and a new corporation developed called Ronrico and a new distilling plant opened in 1942.

Ponce is another of the significant historical producing towns.    It's primary operation is Distileria Serralles, Inc., an operation producing rum since 1865 in Ponce.,  http://bahamabobsrumstyles.blogspot.com/2011/07/destileria-serralles-and-don-q-rums.html, The Don Q brand ( best selling brand in Puerto Rico) dating back to 1932.

Bayamon is another of the rum towns, with Edmundo Fernandez's Ron de Barrilito distillery leading the way.   This is considered to be the closest thing the the traditional rum producers of the 1800's.    Produced inside of a brick windmill at the sugar cane plantation called Hacienda Santa Ana, now an industrial park, that only make s one production run per year.

San Juan is the other rum town, housing Bacardi, one of the largest and most well know rum brands in the world.    They are sort of a "johnny come lately" to the rum production of Puerto Rico, but never the less an important one.   They move to San Juan after being bounced out of Cuba when Castro took over, and set up their operation in San Juan.  The rest is history.

Today Club Caribe, a new operation is under way in Cidra.   Having taken over a closed pharmaceutical plant and in the process of building a most modern and efficient distillery that is has the potential for tremendous growth in the next 20 or so years.

This is a country who's government sees the value of keeping it's rum production operations healthy and is offering incentives to keep them in Puerto Rico.     ;o)
Posted by Bahama Bob's Rumstyles at 9:25 AM No comments: