One in Four Regret Drunken Behavior at Christmas

The "Holiday Party Season" has arrived and this is an article that I think is  very important to keep in mind before you head off to your company party and end up making a fool of your self.   I've seen it before; I'll see it again and I've been guilty of it myself, but don't let it happen to you this season.  I think that this article makes it clear that a quarter of the people that drink too much at their holiday parties truly regret it in the days afterward.

Drinkaware is warning revelers to watch how much alcohol they drink over Christmas, as research shows one in four regret drunken behavior over the festive season.    The research was carried by Opinion Matters on behalf of the alcohol education charity and showed 26% of adults have regretted something they did at a work Christmas party after drinking too much. 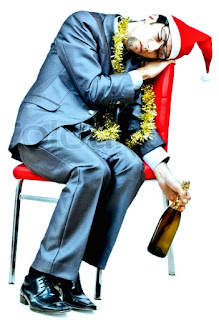 The top five regrets were kissing or trying to kiss a colleague (37%), criticizing a superior or colleague (24%), being aggressive with a colleague (17%), over sharing personal issues (15%), and drinking too much and passing out from alcohol (13%).   Furthermore, 13% of workers confessed to pulling a sick day following the office Christmas party - the majority of whom were men (17%) compared to women (10%).
What's more, more than half of those absences were due to embarrassment or regret over their behavior the night before (57%), while 36% were simply too hungover to go to work.   On a more serious note, approximately 50% of those who criticized their boss or superior and around 62% of those who acted aggressively were issued with warnings for their actions. 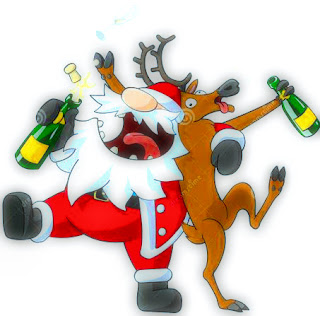 "The festive season is a time to socialize with colleagues but as our research shows many of us may end up drinking more than we intended to, risking our health and potentially our professional reputation," said Elaine Hingal, chief executive of alcohol education charity Drinkaware.

"The more alcohol you drink, the more vulnerable you are to a risky or even dangerous situation.   "Try making every other drink a soft one and avoid drinking in rounds to help you to drink at your own pace."