Certain cocktails seem to have their own gravitational pull.   Some might deem them workaday drinks, the Rob Roy isn’t lacking in fanciful appeal, it is poured into a long-stemmed cocktail glass, its auburn glow begs for dim lights and slow sipping.   But unlike its swinging socialite sister, the Manhattan, the Rob Roy is a little bit tamer, but not quite a wallflower.   Children of Rob Roy devotees may carry a flame of nostalgia for the drink, that’s not the reason it’s hung in there for more than 100 years since its likely creation at New York’s Waldorf Astoria hotel.
That simple cocktail likely came to be because of Waldorf Astoria’s original location on Fifth Avenue from 1893 to 1929, conveniently perched smack within the Great White Way, the original well-lit section of the city devoted to the stage arts.  According to Caiafa, also the author of “The Waldorf Astoria Bar Book”, that a Herald Square Theatre production of an operetta named “Rob Roy” by the composer Reginald De Koven inspired the birth of a drink. It’s a tidy origin story and though it lacks the often-cited exclamations of fuzzy impossible-to-pin characters in drinking lore, it’s likely a true story.
According to Phil Greene, “Vermouth was an Italian import that no one in America had heard of until it appeared in the melting pot of the cocktail. Everyone started using vermouth then.” By the 1860s, vermouth cocktails began showing up in American bars. Soon after, we find evidence of the Manhattan cocktail. By 1894, says Greene, rye was swapped for scotch, and the Rob Roy was born. 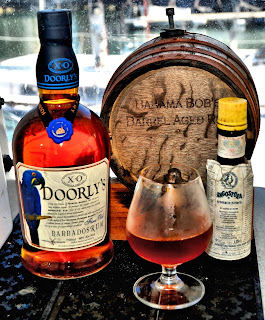 Place all ingredients in a mixing glass filled with ice and stir gently.  Strain into a martini glass and garnish with a cocktail cherry.