California Rum Festival. to be Hosted at "Mixo Capital" in San Francisco, California

The inaugural California Rum Festival in San Francisco is happening on September 12th at the Terra Galley.  This has promised to be an interesting event for those on the west coast and the rest of the US to visit.  You can et tickets on line at http://www.californiarumfest.com/ .   Don't be left behind, get yours now and enjoy the Rum Festival.


The Rum Lab introduces the inaugural California Rum Festival on September 12th, 2015 at the Terra Gallery. California is one of the key states in the spirit industry alongside Florida, New York, Illinois and Texas-especially when it comes to rums. As an international event produced in the tourist mecca destination, known for its sophisticated mixologist scene, the inaugural http://www.CaliforniaRumFest.com is arguably set to become a leading world-top class event in the West Coast.


The rum festival is divided in two sessions. The 1st session, which is scheduled from 2:30-4:30pm will be primarily Spirit Industry Session-focused on industry professionals like: 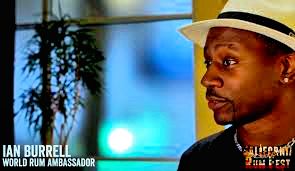 bartenders, bar managers, distributors, brand ambassadors, F&B managers, etc. The 2nd session, will be for the general public and rum aficionados. Attendees will be able to enjoy some of the world's best national & international rums such as Plantation Rums, Blue Chair Bay Rum, Ron Barcelo, Miami Rum Club, Koloa Rum to name a few. In addition, guests will be able to attend seminars with renown guest speakers, like the "Global Rum Ambassador Ian Burrell and Master Flair-Mixologist Dean Serneel-already lined up for one of the sessions. 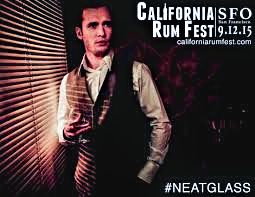 The Rum Lab and Reál Ingredients are in conversation to possibly host a Rum Mixo Competition, which may attract bartenders from the West Coast, as well as Hawaii.


Terra Gallery is located .6 miles from the BART station in San Francisco's South of Market (SOME) district in Rincon Hill-this one day event celebrates the cultural, ritual and historical legacy of the world's best national & international rums.