The "Spice Island" of Grenada 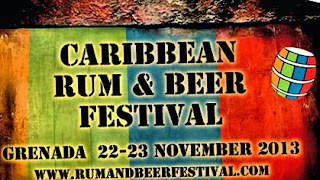 Grenada is know for the export of Nutmeg and Mace, beaches, and beautiful Caribbean waters.  Next week I'll be there as part of the Caribbean Rum and Beer Festival.   There is so much more to this island than just the festival.  The beautiful waters that surround it and her fantastic beaches, colorful cities and the mountains.  This 133 square mile island is packed with many beautiful sites.   There are three major distilleries on the island that produce some very fine rums for all to sample.   Grenada has history that spans from 1649, as a French Colony, to a British Colony, to Independence in 1974.  After the independence there was a revolution, and American Invasion and peace since 1983.  This is an Island with so much history and beauty that Three days in country will not be enough time to get to know it.

Clarke’s Court produces a white rum, a “red” (dark) rum, some aged rums and a range of award-winning lighter rums for export. There is a welcome center at the factory in Woodland which is currently open for tasting and the purchase of products.
The Westerhall Rum Distillery is a factory for blending rums and producing ice. It is open for tours, tastings and purchases.
River Antoine Rum Distillery, where rum is produced from fresh cane juice by a water-powered mill near Lake Antoine, close to the Belmont Estate in the north of the island. A visit makes a good day outing and is often included in day tours. The rum is made according to traditional methods, and is overproof. 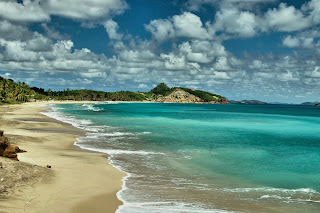 This is my first trip to the Spice Islands and one that I am really excited about.  I'll be sending daily resorts of what has transpired and where I've been starting Wednesday of next week.  Stay with me as I explore the island and it's many exciting places and the Caribbean Rum and Beer Festival.  ;o)
Posted by Bahama Bob's Rumstyles at 8:29 AM No comments: