Your Weight and Your Drinking Habits 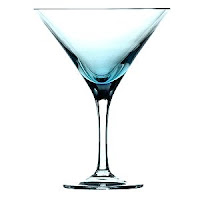 An article in the Wall Street Journal by Sumathi Reddy feels that there is more involved than just the drinking.     It seems that the real culpurate to weight gain related to drinking is not so much the alcohol consumption, but the extra greasy, fatty, red meats and other foods that are consumed during and after a day of moderate drinking.

Men tend to take on an extra 433 calories, 61% comes from the alcohol consumed.   For women it is about 300 calories, but for women according to the study, this was not statistically significant.   The real point is that men and women ate healthier on days that they did not drink alcohol.

The findings fit together with controlled lab studies.  Researchers have found the use of alcohol may enhance the "short term rewarding effects of consuming food" according to a 2010 report in the journal, "Physiology and Behavior" that has reviewed previous studies relating alcohol, appetite and obesity.

Another study showed an all together different trend.  Moderate drinkers gain less weight over time than people that are heavy drinkers or abstain from drinking all together.  This is particularly apparent for women who only drink one or two drinks a day.  "People who gain the least weight are moderate drinkers, regardless of beverage choice" according to Dr. Erik Rimm, an associate professor of Epidemiology and Nutrition at Harvard Medical School.  He continued to say that "starting to drink is not a weight loss diet".

Alcohol is a real "wild card" when you are talking about weight control according to Karen Miller-Kovach, chief scientific officer of Weight Watchers International.  Several studies have verified that moderate drinkers waist lines stay the most stable over a long period of time versus heavy drinkers and abstainers.

Dr. Rimm also said it really wasn't clear why moderate drinkers seemed to be protected from long term weight gain,  but he felt that it had something to do with metabolic adjustments.  He noted that after people drink, their heart rate increases, burning slightly more calories.

Depending on which study you believe there seems to be more tha a pure physical reasons for alcohol and weight gain or loss.   There seems to be a psychological side to it as well.  I find it very interesting how different people studying the same data and are able to come up with results that are so different.

In my case living on a Weight Watchers program, I am painfully aware of how much less food I am allowed when I have consumed alcohol.  I think that if you follow your program and when you are drinking, you reduce your food intake allowing the body to stay in balance, but when you drink and binge eat afterward, especially greasy foods you are going to gain weight.   The balance between drinking and eating is what I really believe to be the key to being able to enjoy a good cocktail or two a day and maintaining a stable body weight.  ;o)
Posted by Bahama Bob's Rumstyles at 8:45 AM No comments: